If you’re in the Adirondacks today (Friday the 19th) there’s a good chance it’s snowing or about to snow. Check out the weather report, details on an avalanche risk, and the latest notices from the DEC below. 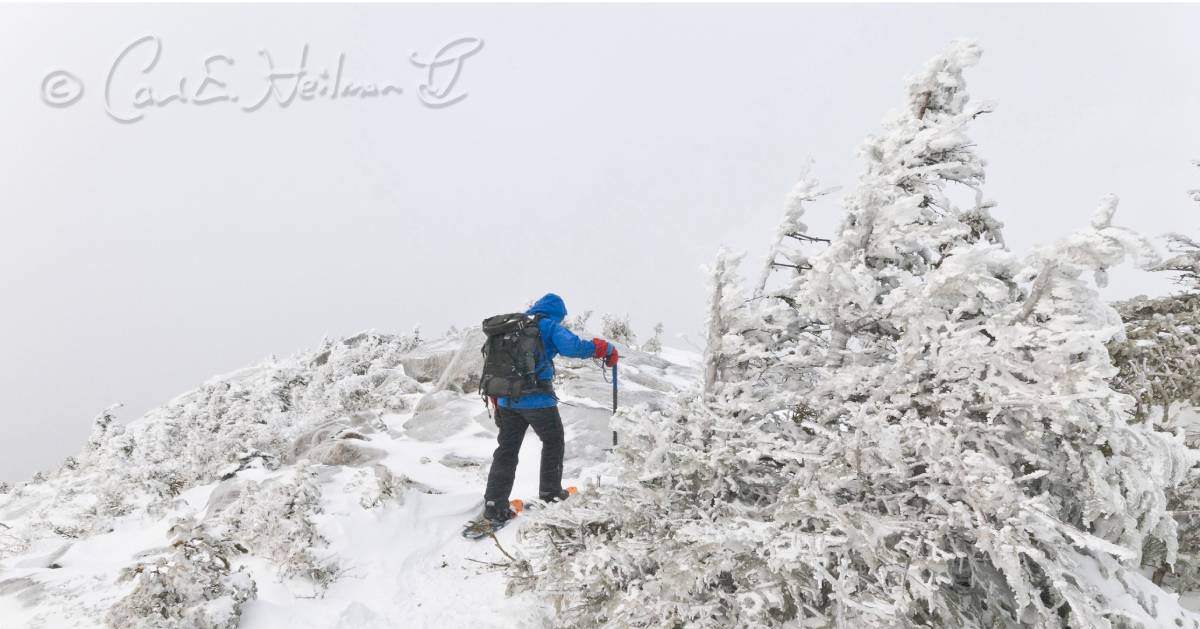 The Current Weather Forecast for the ADK

Temperatures have warmed up a bit since last week. Of course, conditions will be more severe on summits, with below freezing temperatures, snow, ice, and strong winds. Check the forecast for your destination and take wind chill into consideration when preparing for temperatures; then, pack and plan accordingly.

Snow accumulation data is collected every other week at a variety of Adirondack locations.

The DEC recently issued notice of an avalanche risk for backcountry downhill skiers, snowboarders, and others who may traverse slides or steep, open terrain in the High Peaks Region. Educate yourself on avalanches if you’re planning to head out there.

See the DEC press release on the current avalanche risk >>

Recent Trail Notices to Know About

There have been several reports of unstable snowpack on open slopes. Practice safe travel when crossing exposed areas.

As of February 12, the Adirondack Mountain Club’s High Peaks Information Center is closed until further notice. Snowshoe, microspike, and ski rentals are not available at this time. The parking lots will remain open; the booth will be staffed with limited hours. The public restrooms in the back will remain open and be cleaned regularly.

The C7 snowmobile trail between Tupper Lake and Lake Clear can be used by snowmobiles. Work on the trail removal project is paused until spring. Riders should pay attention to any caution or warning signs.

The Dacy Clearing Road gate is now open for snowmobiles.

The Wolf Lake Landing Road in McKeever is a groomed snowmobile trail during the winter. This includes where the McKeever Trailhead Parking Area is located. Vehicles should not attempt to drive into the McKeever Trailhead, nor down the Wolf Lake Landing Road, when the road is covered with snow and/or ice. Multiple vehicles have become stuck when attempting to drive in and needed to be towed out. There is no official winter parking at this location.

This week the DEC is highlighting the food waste aspect of Leave No Trace. It’s not uncommon to come across banana peels or pistachio shells along a trail in the Adirondacks, in part because it’s easy to think these are harmless organic material. But they’re not.

Food scraps can be just as harmful to wildlife as trash. It can take up to two years for a banana peel or orange peel or decompose, and in that timeframe the object is likely to come in contact with squirrels, rabbits, or deer. A chipmunk might collect food scraps to store for winter, and then lose their entire supply, when the food scraps inevitably begin to mold and contaminate the rest of their stash.

Food scraps are attractive to wildlife, and it brings wildlife into areas frequented by humans, thus increasing the risk of negative human-animal interactions. Leaving food scraps can also cause wildlife to become dependent on them.

And so! Please dispose of your food scraps in designated trash cans when you can – and carry an extra bag designated for trash with you whenever you’re out recreating, for when there are no trash cans around.

A Few More Notes to Know

A minimum of three to four inches of solid ice is the general rule for safety. Ice thickness is not uniform on any body of water.

Most seasonal access roads have closed for the winter season.

The previously mentioned boating survey regarding an overnight gate closure program at Mossy Point and Roger’s Rock boat launches is still up. You can take it and/or email them with your feedback up until March 12. The information gathered will inform a more permanent program and support the state’s ongoing efforts to protect Lake George from invasive pests.

Read the latest What’s New/Events Roundup for the ADK >>