The Saratoga & North Creek Railway is one of the gems of the Adirondacks, journeying 56 miles along the Hudson River between Saratoga Springs and North Creek. Since it was resurrected and joined the National Rail Network in 2011, the Railway has been operating a passenger service with 7 station stops, but it was recently announced that the remainder of 2015 will be packed with exciting new outdoor adventure itineraries, special event trains, a rail & sail program, and more! 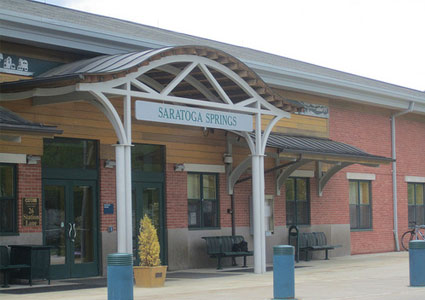 Historical Casey Mine Hike – Enjoy a 2-hour train ride to North Creek, then take a 2.5-hour hike that ends at Creal Mine.

Iron Horse Ride to 1000 Acres Ranch Resort – Travel 70 minutes north from Saratoga Springs to the oldest remaining dude ranch in the Adirondacks. You can choose between a day-trip or an overnight visit!

Save the following dates for special train rides:

The Saratoga & North Creek Railway will be offering its short-line service out of Thurman again this year. This 50-minute train ride will operate Fridays through Sundays from July 3 – September 7.

The Railway will offer specially priced train tickets to the following local events:

To learn more about these exciting additions, visit the Saratoga & North Creek Railway’s website or give them a call at 877-726-7245.