Since the spring, New Yorkers have been waiting with baited breath to see which five companies the state would grant licenses to that would allow them to grow and distribute medical marijuana. Last week, the “golden tickets” were awarded, and one of the lucky recipients is a company located right here in the Adirondacks. 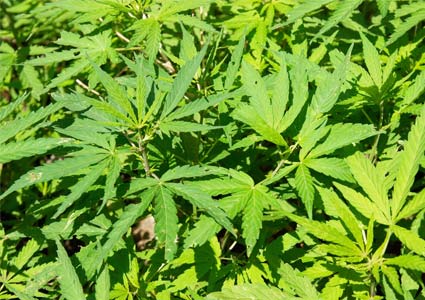 The company is called Etain, and it is run by Amy Peckham and her daughters, Hillary and Kelley, in Chestertown. Amy is the wife of John Peckham, CEO of road construction company Peckham Industries, and The Post Star described Etain as “an offshoot” of John’s business.

Etain’s marijuana production facility will be located on Route 9 in the northern part of Warren County, and the property’s existing horse barn is being renovated to house part of the operation. Approximately 25 employees have already been hired – including quality assurance workers, chemists, and laborers – and Etain plans to begin growing its product as soon as six weeks from now.

Although the topic of medical marijuana has been controversial both locally and nationally, Chestertown and Warren County have been open about their enthusiasm for Etain and the positive impact it could have on the region. Aside from the creation of new jobs, some of the potential benefits include an increase in sales tax revenue, an improvement in the real estate market, and an expansion in the overall tax base.

Etain will dispense its product in Albany, Ulster, Westchester, and Onondaga counties, but only to those patients who have received a doctor’s prescription. The four other companies in New York that were awarded licenses are:

What do you think about the Adirondacks being home to a medical marijuana plant? Do you think it will have a positive impact on the region?