Last fall, the Department of Environmental Conservation and Department of Transportation announced their joint support for removing a section of railroad tracks between Lake Placid and Tupper Lake in order to create a multi-use recreation trail. In a move that will undoubtedly push that plan forward, the Adirondack Park Agency voted yesterday in support of the track removal. 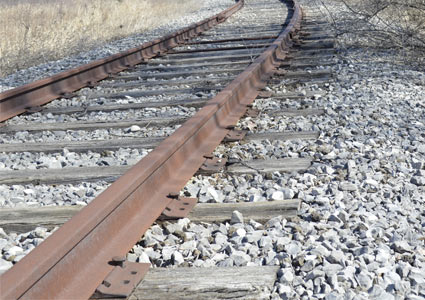 The rails vs. trails debate has been raging for years and has divided those who support the restoration of the railroad and those who see a recreational trail as being more valuable. With the APA’s blessing, the removal of a 34-mile section of track between Lake Placid and Tupper Lake could begin as early as November 2016.

Although the aforementioned segment would be removed, the track between Tupper Lake and Big Moose will be restored under the plan for future development by a railroad company.

Some question whether the re-purposing of the rail corridor is in compliance with the Adirondack Park State Land Master Plan, but the result of the APA’s vote proves that they believe the plan is legal.

What do you think about the APA’s decision? Do you support the removal of a section of the tracks?