While it’s always fun to take a walk through a park, it can be just as nice to stick around and relax for a bit. Over in Warrensburg, you’ll be able to do both in three different spots along Water Street – at Cal Engle Park, a Healing Garden, and Duck Park – once the park projects are complete. 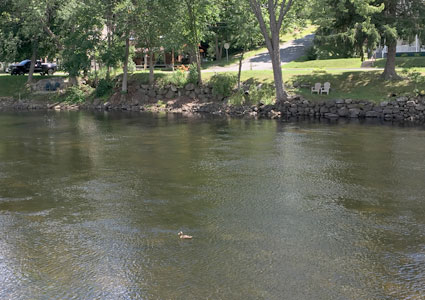 The first part of the project is the dirt work. Afterward, grass and picnic tables will be spread out throughout the park. Furthermore, since the park is located on a natural slope between the Health Center and Water Street, the plan is to create a small amphitheater for a variety of concerts. “There will be a tiered grass area with seating,” said Craig Jones, the project’s architect, in a Sun Community News article.

The second project is a Healing Garden, also funded by Hudson Headwaters. It will be located very close to Cal Engle Park, between the Health Center and the dental building. Hudson Headwaters views the garden as a place people can go to meditate and listen to the sounds of its water feature. Stylized as an English garden, the plants will be medicinal.

Unlike the other two projects, the upgrades to Duck Park are funded by grant money received by Warrensburg. The plan is to install a gazebo, picnic tables, and benches. However, a name change for the park is undecided.

Although both Cal Engle Park and the Healing Garden are set to be installed later this fall, the Duck Park project likely won’t begin until fall. The town is waiting for the Department of Transportation to finish painting the bridge from Richards Avenue to River Street.

Despite these major additions and changes to Water Street, Warrensburg will preserve the history of this part of town by displaying information about it in some form. Soon enough, Water Street could become a premier location for small festivals and concerts.

Are you looking forward to these new park installations in Warrensburg?