Your Guide to the Adirondack Region
Enter Giveaways Advertise
Home  »  Community  »  Another Week, Another Roadblock For The Newcomb-Minerva Snowmobile Trail

Over the past month, development of the Department of Environmental Conservation’s (DEC) Newcomb-Minerva snowmobile trail has stalled due to legal issues. Although the DEC was able to resume work last week, as of August 19, logging and work will be suspended until New York’s Appellate Division, Third Department decides to issue an official injunction or not. Here’s the latest on this continuing story. 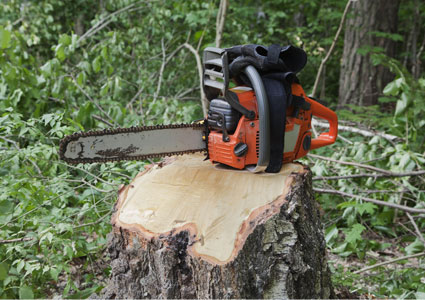 The proposed 14-mile long Newcomb-Minerva snowmobile trail is part of a larger project called the Community Connector Trail Plan. Created by the DEC, the project’s goal is to establish a snowmobile trail network between Long Lake, Minerva, Newcomb, North Hudson, and Indian Lake.

The trail network would be open throughout the year for recreational activities. However, during the winter, the hope is for snowmobilers to travel between the five communities and provide an economic boost.

The DEC has worked on the Newcomb-Minerva snowmobile trail since fall 2015. About 6 miles of the 9 to 12 foot wide trail have been completed, but recently, the project has faced tough legal issues.

In late July 2016, an injunction filed by Protect the Adirondacks forced the DEC to suspend trail development for a few weeks. The injunction raised issues about whether or not the snowmobile trail violated the New York State Constitution, specifically the “forever wild” designation of Forest Preserve trees.

“Forever wild” is still the main focus of this legal battle, and at this stage, it’s unclear if a final decision over the matter will be decided in the near future.