In the summer of 1973, the largest manhunt in New York State at the time took place in the Adirondacks for serial killer Robert Garrow. After 12 days of fear, the manhunt ended and Garrow was captured alive. Adirondack Films aims to produce a true account of Garrow’s life, and Act 1 of the movie will be shown on January 28th. 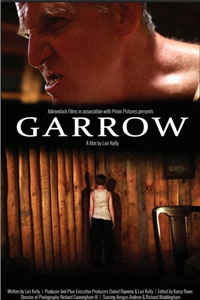 Photo provided
Born in 1936 in Dannemora, and then raised in Mineville, Robert Garrow was a native to the Adirondacks. However, leading up to the 12-day manhunt, Garrow would become both a rapist and serial killer.

Although the total number of victims is unknown, he murdered four people in July of 1973, one in Syracuse and three more in the Adirondacks. After the fourth murder, in which he attacked a group of Adirondack campers, Garrow fled into the surrounding wilderness and sparked a large-scale manhunt.

Officers, helicopters, and more joined together in Hamilton County to try and locate Garrow. However, Garrow was known to be a woodsman, and he survived by seeking resources in hunting camps and staying on the move.

Local residents feared for their lives, and many armed themselves at home. Garrow’s reign of terror finally ended on August 9th when he was shot and captured in Witherbee.

This dark period in the history of the Adirondacks is set to become a full-length movie through independent company Adirondack Films. Producer Lori Kelly-Bailey of Moriah and other members of Adirondack Films are attempting to provide a complete account of Garrow’s life, starting from his childhood.

Filming of “Garrow” has been taking place in rural New York, specifically in and around Moriah. Only about 1/3 of the film is complete, and it is referred to as Act 1. On January 28th, this piece of the film will be shown to the public at the Snowtown Film Festival in Watertown, NY.

Act 1 is only 19-minutes long, but the plan is to shoot the rest of the film all at once. To help fund the independent film project, there is a GoFundMe page where you can contribute to its development.

Learn more about the Garrow Manhunt >>