The debate over the future classification of the Boreas Ponds Tract has been one of the most significant in recent years, with various groups advocating for full access, no access, or some access. Although official public hearings have ended, a few Adirondack media outlets will host a public forum to discuss what the future holds for this controversial tract. 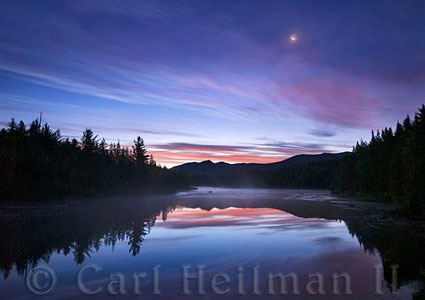 Ever since New York State purchased the 20,758-acre Boreas Ponds Tract for $14.5 million in April 2016, there have been multiple discussions over accessibility and how it should be classified.

On one side, you have environmental advocacy groups calling for a more restrictive land classification, which would limit motor vehicle and recreational access and keep most of the land as “wilderness”

On the other side, local communities, snowmobilers, and others support classifying most of the tract as “wild forest,” which would allow for recreational access to old logging roads around Boreas Ponds.

In addition to these suggested land classifications, the Adirondack Park Agency (APA) has developed its own four proposals. While three of the proposals could allow the public to drive to the dam, the fourth would only allow state officials to drive the last stretch of road to the dam.

The Future of Boreas Ponds

For some, the APA’s proposals still don’t align with their vision of the Boreas Ponds Tract. However, the APA’s public meetings have ended, and the group is now preparing a final proposal to present to Gov. Cuomo.

Until then, the public debate over the Boreas Ponds Tract will continue. To further discuss the land classification process and the future of Boreas Ponds, the Sun Community News will team up with the Adirondack Explorer and the Adirondack Daily Enterprise for a public forum on February 2nd.

The forum will be held at the Schroon Lake Central School Auditorium, and it will focus on land use policies in the Adirondacks and other issues that haven’t been discussed in regard to Boreas Ponds. Members of the APA, DEC, BeWildNY, Access the Adirondacks, Adirondack Wilderness Advocates, and local officials and residents have been asked to sit on the panel.

All members of the public are welcome to attend this public forum and learn more about the Boreas Ponds situation.