Two years ago, Iowa Pacific Holdings, owner of Saratoga & North Creek Railway (SNCR), proposed storing hundreds of decommissioned oil tanker cars on unused sections of their railroad line. Although that proposal was shut down after some controversy, the local railway company has announced a new plan to store hundreds of train cars from various locations on a stretch of track just north of North Creek. 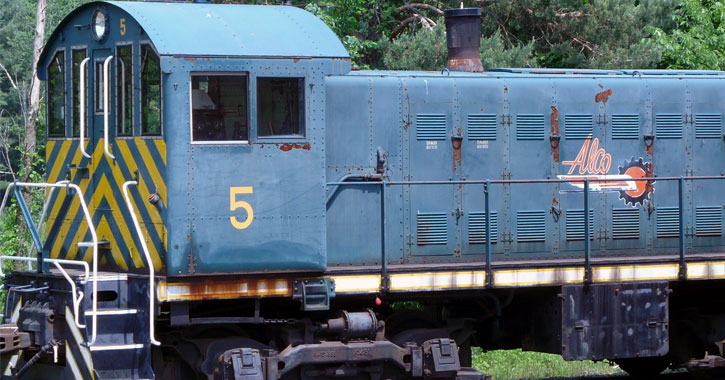 In the summer of 2015, Iowa Pacific Holdings announced a proposal to store decommissioned oil tanker cars on unused track. The railway company’s aim was to store these cars in exchange for money, which would go toward supporting SNCR.

After the proposal was announced, some people and environmental groups spoke up against it. They believed these old oil tanker cars would be an eyesore in the Adirondacks and cause safety concerns over time.

By the end of the year, Iowa Pacific Holdings stated that they had not received any storage proposals from outside companies and weren’t interested in moving forward with the idea.

According to the Post-Star, the manager of SNCR recently presented a new plan to Warren County supervisors to store hundreds of train cars. In the announcement, it was noted that these train cars would come from multiple places and not have contained hazardous materials.

For the railway, this plan would provide a new source of revenue. The owners of these train cars would pay the company in exchange for indefinite storage. Although Warren County would receive some money for each train car brought in, only SNCR would receive money for storing them.

The cars would be stored on the Tahawus stretch of the railroad, located just north of North Creek in the Adirondacks. For reference, this section is just north of the rail line that Revolution Rail Co. utilizes for their rail-bike service.

After the initial announcement was made, one environmental group, Protect the Adirondacks, raised concerns about the storage plan. For them, the Adirondack Park shouldn’t be used for storing old train cars and waste.

However, their main questions were:

In a recent news release, the group has called for Gov. Cuomo to review and reject SNCR’s proposal.

Will This Plan Move Forward?

Currently, SNCR expects hundreds of train cars to arrive sometime this week for storage. The railway company fully owns the section of railroad they plan to use for storage, and the Town of Corinth and Warren County own the rest of the line from Saratoga Springs to North Creek.

What are your thoughts about using railroad in the Adirondacks for storage?

Learn more about the Adirondacks >>