Two weeks ago, Saratoga & North Creek Railway (SNCR) announced a plan to store hundreds of train cars on part of their rail line in the Adirondacks. Since then, it’s been revealed that many of these cars would be tank cars, which has raised questions about leftover hazardous material. Although the first delivery of train cars is expected this week, some believe the plan requires further review. 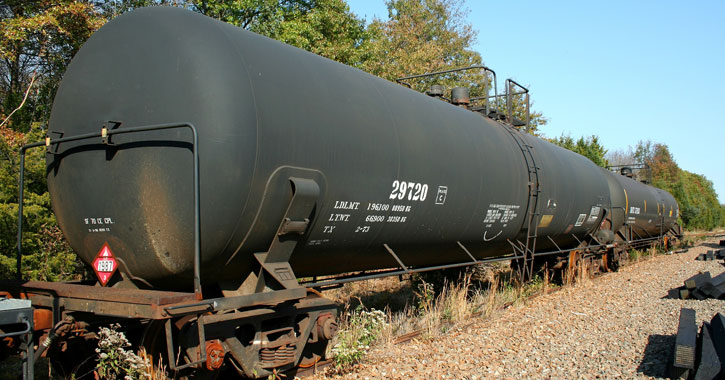 What Is The Plan?

Iowa Pacific Holdings is the parent company of SNCR, and their plan is to store hundreds of old train cars from other rail companies indefinitely in exchange for payment. Since Warren County and the Town of Corinth own the railroad from Saratoga Springs to North Creek, these cars would be stored on rail sidings owned by SNCR from North Creek to Newcomb.

This plan would benefit the SNCR and provide a new source of revenue, which would then help them continue to operate on the railroad. In addition, the placement of these cars wouldn’t impact the company’s ability to provide other freight services through the area.

However, while it was initially believed these incoming train cars were boxcars, the Warren County Board of Supervisors found out that many of the cars would be tank cars.

What Are The Main Concerns?

The main concern voiced by local groups and the NY State Department of Environmental Conservation (DEC) is whether these tank cars once carried any hazardous material. If there is a chance some of these cars transported crude oil, then the Warren County Board of Supervisors and others would like more information about them before SNCR moves forward with their storage plan.

According to the Sun Community News, the DEC said in an email, “storing such cars in the Forest Preserve is concerning and may have environmental impacts that must be carefully analyzed.” In addition to that statement, the Adirondack Park Agency announced their belief that SNCR should submit a formal jurisdictional inquiry to determine if a permit is necessary.

Despite these concerns, the rail line where these train cars would be stored is owned by Iowa Pacific Holdings, and the first group of cars is expected to arrive this week.

In a recent article, the Post-Star announced that the Warren County Board of Supervisors has scheduled a meeting with its Public Works Committee on October 13 to let Iowa Pacific Holdings explain their plan in greater depth.

Essex County officials have also voiced their interest in learning more about this plan because the train cars would be stored within the county’s borders.

What do you think? Should this plan require a more extensive review?

Read more about the plan and a similar 2015 proposal >>