Did you know Fort Ticonderoga was built during the “North American theater” of the Seven Years’ War? It’s true! The fort was strategically constructed near the southern end of Lake Champlain, and it played an important role during the French & Indian War, and later the American Revolution. If you’d like to learn more about the French & Indian War, then be sure to attend the 23rd Annual War College of the Seven Year’s War, to be held at Fort Ticonderoga this May. 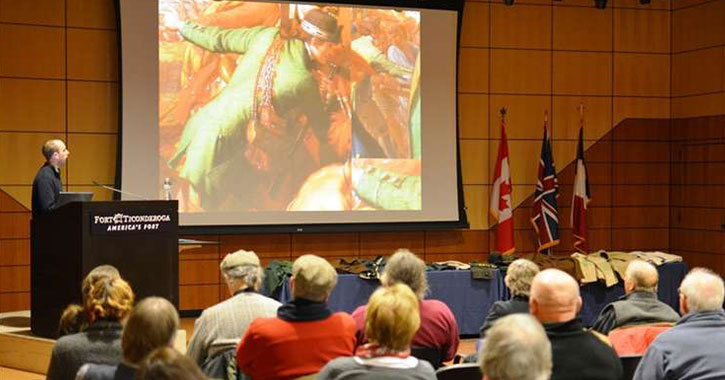 What is the War College?

Since 1996, Fort Ticonderoga has presented their annual War College of the Seven Years’ War, which is a seminar weekend focused on various topics related to the French & Indian War in North America and beyond. Top historians are invited to give lectures throughout the weekend, and the unique, informal setting encourages discussion between the attendees and speakers.

Each year, the War College attracts everyone from general lovers of history to both established and new scholars studying the French & Indian War.

The 2018 War College will be held on May 18-20 in Fort Ticonderoga’s Mars Education Center. This year’s list of speakers and topics includes:

The event will also feature a reception on Friday evening, a Saturday evening lecture and concert, an optional boat cruise aboard the Carillon on Sunday, and more.

As registration to attend the War College typically sells out, it’s highly recommended to register now if you’re interested. Registration is currently open, starting at $155 (with additional discounts available for Members of Fort Ticonderoga). You may download registration forms from Fort Ticonderoga’s website or request a printed copy by calling the Fort at 518-585-2821.

Are you planning to attend this year’s War College?

Find more museums and historic sites in the Adirondacks >>