Say goodbye to March with some fun events and delicious maple products. And, read up on three quick news tidbits around the Adirondacks, including the introduction of a train tour and the return of summer theater productions.

It’s last call for maple events! Just kidding, there is April in Maple in Hadley. But most maple festivities wrap up along with the end of March – here are a few, and other events to look forward to:

Browse the events calendar for more >>

All Aboard for Your Quick News Around the Park

New Tourist Train to Come to the Adirondacks

The Saratoga Corinth & Hudson Railway will begin operating 90-minute, scenic train rides from Corinth through the southern Adirondacks with planned stops along the way this spring. According to the railway company’s website, guests can enjoy perks like open-air car seating, table-style seating in first class, and chances to see marshes, streams, and wildlife along the way.

The tour runs from May 22 through September, and tickets are on sale now at corinthtrain.com.

Pictured above is a former scenic train tour that is no longer offered in the Adirondacks, so this news of a new option is most welcome!

In last week’s roundup, we highlighted the Seagle Festival’s summer lineup. Now, Westport’s local theater is gearing up for a great season as well. The Depot Theatre, a nonprofit theater that runs out of the historic 1876 train station in Westport, has revealed three exciting shows for this summer: Putting It Together, July 1 to 17; Oleanna, July 22 to August 7; and The Addams Family, August 12 to 28.

Putting It Together is a celebration of renowned composer/lyricist Stephen Sondheim; Oleanna is a “controversial and riveting drama” with parental guidance strongly suggested, and then The Addams Family is a new dark comedy musical. Showtimes have not yet been announced, and tickets will go on sale in June. Keep an eye out on the latest at depottheatre.org. 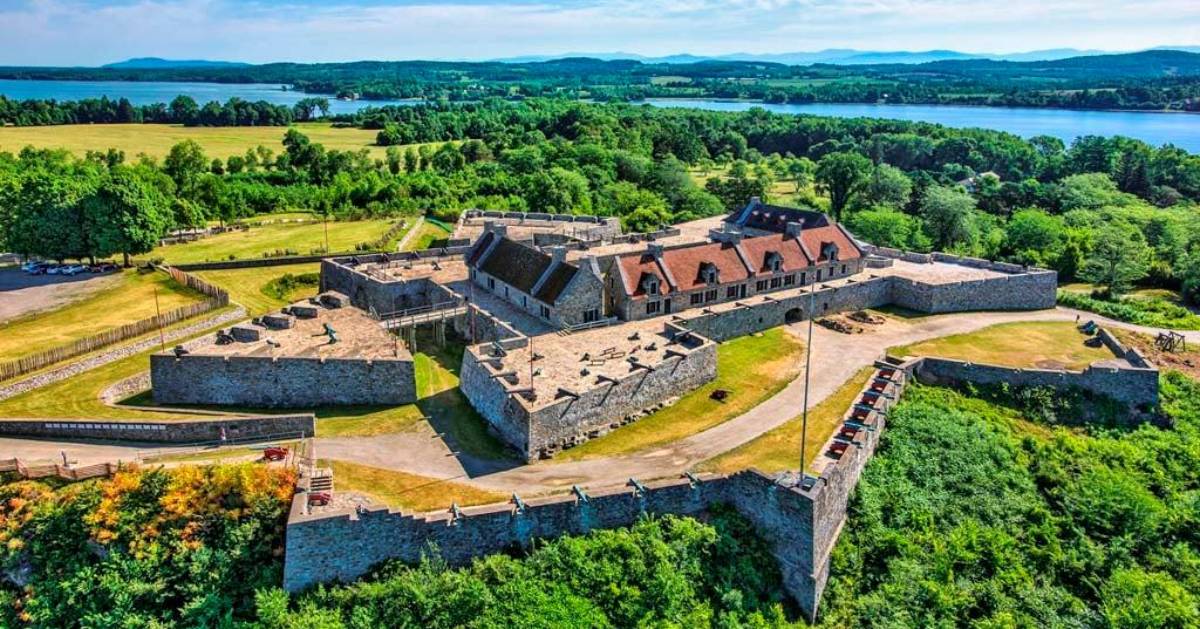 Walls Set to Be Repaired at Fort Ticonderoga

The Press-Republican reports that Fort Ticonderoga’s deteriorating stone walls will be restored thanks to a $500,000 federal grant. This is part of a larger, $1.1-million project that includes restoration of the Fort’s north demilune (a triangular outer structure that served as the fort’s main defense).

The project will be available for builders to bid on this spring. With modern preservation techniques the Fort’s walls and structures should be significantly better protected against weatherization and aging.

The DEC has announced some changes to the freshwater fishing regulations, intended to clarify and simplify the rules. You can check out a summery of changes here, and get more info on fishing in the Adirondacks here.

Plan ahead for Easter – events are starting to be announced >>