Your Guide to the Adirondack Region
Enter Giveaways Advertise
Home  »  Hiking  »  Important Weather & Hiking Notices to Know About In the Adirondacks: June 9 – 11

We’re looking at a mix of rain and warm weather this weekend – certain days will be better for hiking in particular areas than others. A lean-to is unavailable due to repairs being made, the Muddy Trail Advisory is still in effect, and there are other essential hiking notices to be aware of. 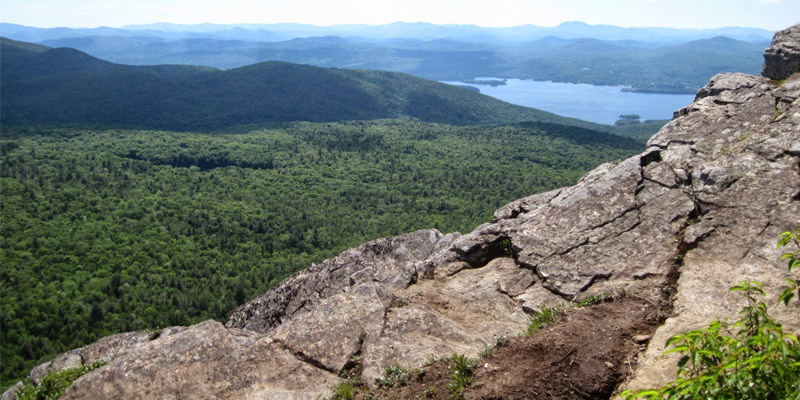 Trails above 2,500 feet have a mix of mud, ice, and snow as the ice melts and frost leaves the ground. These trails are therefore slippery and vulnerable to erosion by hikers. Hikers can prevent damage to hiking trails and sensitive alpine vegetation by avoiding high elevation trails at this time. Please use only the trails at the lower elevations – these tend to dry more quickly after snowmelt and are on less erosive soils than the higher peaks.

Water levels are high and water crossings may be difficult.

Stay on the trails to protect vegetation and prevent further erosion of trails, especially in the higher elevations. Although trails are wet right now – and may even be covered in standing water – you should walk through this water and mud; do not walk on the vegetation growing beside the trails.

The use of wood burning stoves is prohibited in the Eastern High Peaks. The ban on campfires applies to any type of use of wood as fuel to protect trees and other vegetation from being damaged.

If there is a thunderstorm avoid summits, water surfaces, and other open areas. As soon as you become aware of a storm moving in head to lower elevations or otherwise seek shelter. If you are caught outside during a storm, find a low spot away from tall trees – seek shorter trees and crouch down away from tree trunks.

Temperatures are colder and winds stronger at the summits.

Black flies and mosquitoes are out in the lower elevations. Follow these steps to protect yourself from the nuisance of biting insects:

In addition, this is a bad year for ticks in the Northeast! Protect yourself from ticks as well >>

Sections of the trail between Lake Arnold and the Feldspar lean-to are underwater and impassable. Hikers should seek other routes.

The high water bridge on the Calamity Brook Trail is unsafe, unusable and should not be crossed. Crossing Calamity Brook, which is completely open at this time, without using the bridge will be difficult, especially with the high water levels. On warm and rainy days water levels in the brook will be higher in the afternoon; plan accordingly. The East River Trail (aka the Opalescent River/Hanging Spear Falls Trail) can be used to access the Flowed Lands and Lake Colden. It’s an additional 3.7 miles one-way to reach the Flowed Lands using this route. The DEC will be working on stabilizing and repairing the high water bridge.

Elk Lake Road is now open to public motor vehicle access to the trailhead parking area. The trail from the Elk Lake Trailhead on the privately-owned Elk Lake Easement Lands is now open.

The Blueberry Horse Trail between the Calkins Creek Horse Trail and Ward Brook Horse Trail in the western High Peaks contains extensive blowdown, is grown in with vegetation, and is also poorly marked. The trail is impassable to horses making it impossible to complete the Cold River Horse Trail Loop. The DEC has worked to open up about 75% of the trail and work on this trail is continuing.

Whiteface Landing Trail has been rerouted to avoid private camps on Connery Pond. The new trail route starts at the small parking area just before the private gate.

The bridge over Ouluska Brook on the Northville-Placid Trail has collapsed into the brook. If the water is low crossing the brook is still possible. The Northville-Placid Trail has been rerouted around a beaver pond south of Plumley’s Point on the shores of Long Lake. The reroute passes the beaver pond higher up the slope and eliminates having to cross the beaver dam and the wet feet obtained when the water levels were high. Follow the blue NPT trail markers.

Fixed ropes, harnesses, and other equipment are often abandoned in the Trap Dike. Do not use any of these materials – they have been aged and weatherized and are unsafe.

Interim Access Plan for the Boreas Ponds Tract has been developed which identifies access and recreational opportunities including: five year-round parking areas and three seasonal parking areas, 3.2 miles of seasonal motor vehicle access on the Gulf Brook Road, 6.7 miles of roadway open to bicycling from Blue Ridge Road to the Boreas Ponds Dam, and approximately 25 miles of seven roadways open to horses and horse drawn wagons. The public is prohibited from trespassing in and around the leased hunting camps.

Check out more things to do in the Adirondacks >>