Your Guide to the Adirondack Region
Enter Giveaways Advertise
Home  »  Camping  »  What You Need to Know to Have a Safe Hike in the Adirondacks This Weekend: Dec 8 – 10

A couple of trails that were previously closed are open again for hiking this weekend, while other areas are closed to hikers until the end of spring mud season. See the latest trail notices and conditions, and take a look at the weather report and winter safety tips before heading out. 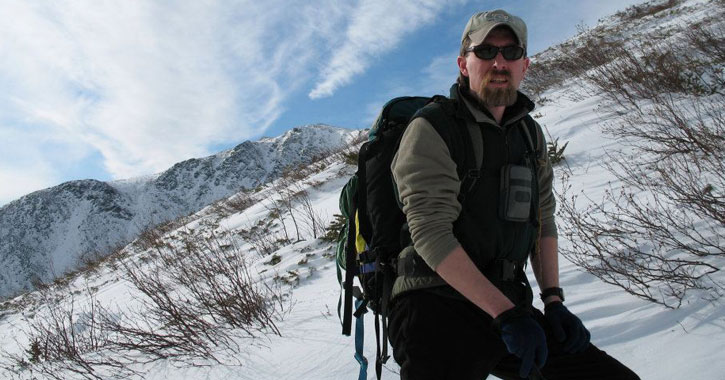 Below freezing temperatures, snow, and ice are present at all elevations. Be prepared and stay warm and safe by adhering to the following:

Check the National Weather Service snow report before heading out >>

Temperatures will be colder, winds stronger, and snow deeper at the summits. Ice will also be present. When hiking to a summit, offer yourself some extra protection by wearing a jacket or coat (outer shell) that blocks wind. Also carry extra layers of noncotton clothing to wear on the summits.

The sun is setting early and the days are shorter. Carry a headlamp or flashlight on all hikes. Make sure you have fresh batteries and bring extras. Remember not to rely on your cell phone as a flashlight; the batteries will drain quickly and you would be unable to call for help.

Snow and ice are present on trails at all elevations. Water and mud may also be present in the lower elevations.

Wear proper footwear, including traction devices, especially on steep sections of trail and at water crossings where rocks may be covered with a layer of ice.

Due to previous high winds, you can expect to encounter blowdown (fallen or hanging trees, limbs, and branches) on trails.

The two trails through the Elk Lake Easement lands connecting to the High Peaks Wilderness and the Dix Mountain Wilderness are once again open. However, the Clear Pond Gate on the Elk Lake Road will remain closed through the spring mud season. This will add four miles to a roundtrip hike; prepare accordingly.

The gate on Corey’s Road will remain open until March 1st, however, the road and parking areas may not be plowed. If you do not have four-wheel drive, and there is snow on the ground, you might consider parking along the plowed section of road and walking. The DEC is asking that people do not block traffic here. Also, have a shovel in your vehicle in case you need to dig it out after a snowstorm.

Check out tips for hiking with your dog in the winter >>