Guide To Lighthouses In The Adirondacks

There's no need to head to the coast to see great lighthouses. We have several right in our own backyard! Lighthouses were once a necessary feature to warn those on the water of nearby landmasses. While they some still are functional in that right, they are now seen as iconic sights on many waterways.

Do you have more information or pictures of lighthouses in the Adirondacks? Please share with us to make this guide even better! 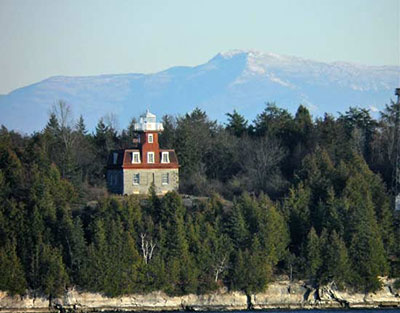 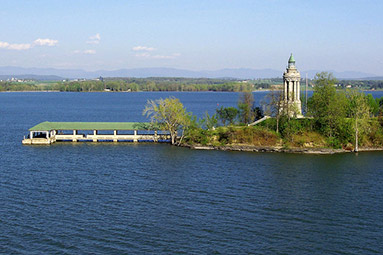 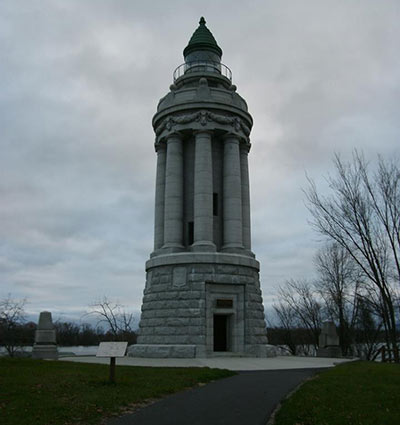 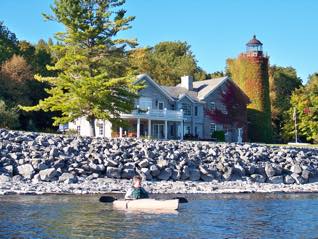 Located on Valcour Island in Lake Champlain, the lighthouse is usually open to the public on Sunday afternoons in the summer from 1:00 pm-3:00 pm. It was once the home of the lighthouse keepers, but is now a popular day trip destination for canoeists and boaters, as public transportation to the island is not available. From the top of the lighthouse, visitors can experience a beautiful panoramic view of Lake Champlain and the Adirondacks.

Located just South of the Champlain Bridge, this lighthouse was built in 1737. It is easily accessible from the NY State Campground located at the Crown Point Historical Site. It is open to the public and climbing to the top is definitely recommended for a great view.

Located near the Narrows of Old Forge, this small lighthouse is a sight to see on the Fulton Chain of Lakes. It was originally built in the 1800's and lit with a kerosene lamp. It has come a long way since then and was actually restored in 2001.

Another beautiful lighthouse near Lake Champlain. The Barber's Point lighthouse is currently inactive and used as a private residence, but it is still a sight to see! There is even some folklore that states the Lochness Monster's cousin "Champ" has been seen several times in the water near this lighthouse by boaters.

A lighthouse that doubles as a vacation accomodation? Awesome! Spend the night in the Split Rock Lighthouse in Lake Champlain. While climbing to the top of the tower is not permitted, views of the Adirondack Mountains and Vermont's Green Mountains are still incredible.

This lighthouse on Lake Champlain was originally built in 1838. However, it was torn down not long after in 1867 and replaced with the 75-foot tower that can be seen today. It is currently privately owned but has stayed the official seal for the Town of Plattsbrugh