The Adirondacks Loses a Hero at the Age of 104

Petty was truly an Adirondack hero, giving so much back to the region that he loved and adored. His thoughtfulness of the Adirondack region was indisputable; always giving his concerns and interests on the future of the park. His genuine interest is rare to find, and it is demonstrated by his long list of contributions to the Adirondacks. 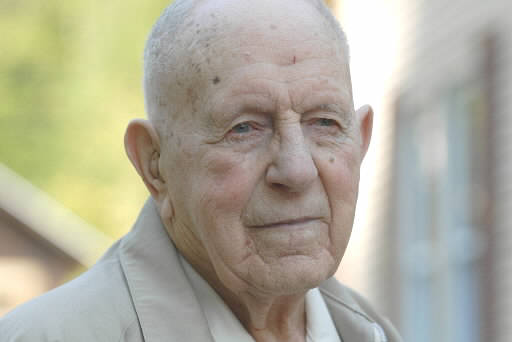 Petty grew up in Upper Saranac Lake and after returning from World War II, worked as a state ranger in Cranberry Lake, where he became the first person in the state to fight forest fires using lake water dumped from an airplane.

Throughout his life he also acted as a golf caddy, outdoor guide, caretaker, Navy pilot, state forester, flight instructor, government advisor, pilot to Governor Averell Harriman, cartographer of Adirondack rivers, and a founding member of the Adirondack Council, which is an environmental group dedicated to the six million-acre Adirondack park. During the first meeting he held, he got together with leading environmental activists to discuss the development of the park's private lands and has taken major action in regulating the use of the land in the park.

Petty has left his mark on future generations, as more conservation programs emerge, such as Residents' Committee to Protect the Adirondacks and the Association for the Protection of the Adirondacks, both which were formed last year. His accomplishments within the area are above and beyond, and have made the Adirondack park what it is today and what it will be in the future.