Becoming a “46er” gives someone special status in the Adirondacks – that designation means you’ve successfully summited all 46 High Peaks. A local filmmaker is creating a documentary focusing on the people who have completed this challenge and those who aspire to do so. 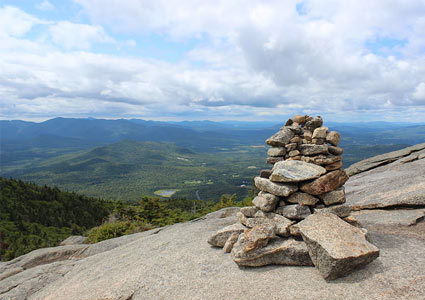 Photo Credit: Mike Tracy
According to the documentary’s official website, “Over the last year, the filmmakers interviewed over twenty 46ers and aspiring 46ers, hiked over 100 miles, and filmed over 100 hours of footage. The crew summited several High Peaks and many shorter hills carrying camera gear to capture some breathtaking scenes. The mountains make an incredibly vast backdrop for the film; they provide a sense of scale and wonder.”

Arche Productions is the professional videography company creating The 46ers. Director Blake Cortright created Arche Productions in 2012, and is best known for The First Encampment – a documentary that chronicled the first Boy Scout camp in America and aired on PBS television stations in 2010.

Naturally, a project of this nature requires significant funding, and Arche Productions has been able to cover more than 32% of its costs with funds raised from a 2013 Kickstarter campaign. The team is still trying to reach its goal of $65,000, and it needs your help! If you would like to make a donation, you may do so on the official website of The 46ers Film, and can even get rewards, like DVDs and posters, for doing so. Additional funds will go towards ensuring that the resulting documentary is the highest possible quality and that all production levels are covered.

Stay tuned for more information on when and where The 46ers will be released!