In March, I wrote about voluntary boat inspection procedures that will be implemented this year in order to ensure no invasive species are brought into Adirondack waterways. Yesterday, The Post Star reported that seven boat inspection sites have been selected for the Adirondack-wide Aquatic Invasive Species Spread Prevention Pilot Program with six more sites pending. 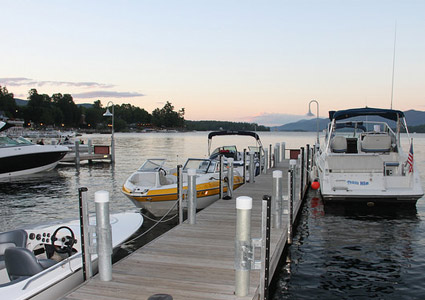 The seven confirmed sites are:

The six pending stations include:

Some stations are expected to be open by the target launch date – Memorial Day – but others are running slightly behind schedule.

Because this year is the pilot program (more permanent measures will take effect in later years based on how 2015 goes), a variety of locations are being tested, including boat launches and pull-offs on the side of roadways.

Environmental Protection Fund money will cover the cost of nine stations, while the rest will be funded from alternate sources. There will also be 14 steward locations staffed by individuals trained to identify and remove invasive species, The Post Star reports.

The hope is that this boat inspection program will be a success, much like the mandatory one in Lake George was last year. At this time, Adirondack waterways haven’t experienced as many invasive species as Lake George has, but it’s better to take action before it’s too late.