Jack Ma is one of the newest landowners in the Adirondack Park. Town & Country Magazine recently reported that the co-founder of e-commerce colossus Alibaba paid just under $23 million for the 28,100-acre Brandon Park property in Franklin County. 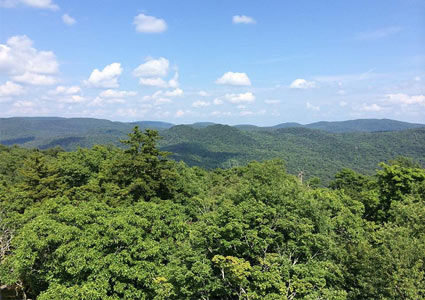 Photo Credit: Ethan Miller via Adirondack.net Facebook Page
According to The Wall Street Journal, the property includes “more than 9 miles of the St. Regis River, as well as lakes, streams, ponds, forests, and a 1940’s log camp behind its gated entrance. There are two homes on the property, as well as lean-tos and a horse barn.” Town & Country adds that it includes 11 brook trout ponds, a fish hatchery, and approximately 40 miles of roads. One agent was quoted as saying it is “the largest privately owned wilderness that has sold in 30 years.”

Ma is not the first magnate to own the property, as it previously belonged to William A. Rockefeller, Jr., making up a small section of his 110,000-acre Bay Pond estate. This region of the Adirondack Park is known for its Great Camps, which were built as summer homes for the elite in the 19th and 20th centuries. Something Ma will be able to take advantage of that Rockefeller and other socialites couldn’t is the nearby Adirondack Regional Airport, which Ma can easily fly into on one of his Gulfstream 550 jets.

It has been reported that Ma “plans to form a nonprofit entity to manage the park,” which is his first conservation property purchase outside of China. It is this conservation element that attracted Ma to the Adirondacks in the first place, as he is already actively involved in environmental preservation in China.