Editor’s Note: This article has been updated to include more details about where the trail will be running and a link to the DEC’s full plan and map.

A 4,600-mile North Country National Scenic Trail is being created to span from North Dakota across the northern tier of the United States, and the Department of Environmental Conservation recently announced that the plan for the 158-mile Adirondack route portion of the trail has been finalized. 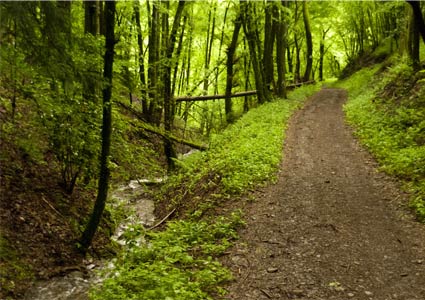 The timing of the plan’s finalization is particularly significant, as it comes just one day before North Country National Scenic Trails Day. The draft plan was originally released in 2007 and refined in 2014 before being finalized this week. The plan’s approval will be effective on October 10.

The Adirondack route will intersect eight state management units of the Forest Preserve, including:

It will also take advantage of many existing trails. On its website, the DEC says, “The plan recommends following approximately 81 miles of existing foot trail and constructing 39 miles of new trail within the Park. In addition, it is estimated that 27 miles of temporary connections along roads will be initially utilized to make connections along this route.”

See the full plan and maps of the proposed trail >>

“Working with our federal and municipal partnerships, this plan will establish a new long distance hiking route across the Adirondack Park and incorporates the North Country National Scenic Trail into the state’s Adirondack trail system,” DEC Acting Commissioner Marc Gerstman said in a statement. “The trail will provide opportunities for families looking for day hikes as well as a route for experienced backpackers looking for a multi-state long distance challenge.”

The National Scenic Trail was originally authorized in 1980 as part of the National Trails System. Approximately 2,700 miles of the trail have been completed to date.

For more information about the Adirondack route, and to see maps of the proposed trail, visit the DEC’s website.