Your Guide to the Adirondack Region
Enter Giveaways Advertise
Home  »  Community  »  Are You Aware of New York’s Invasive Species?

Summer is a busy time of year in the Adirondacks. A lot of people are traveling throughout the region to boat, camp, hike, and fish. However, these popular outdoor activities can accidentally lead to the spread of invasive species on both land and water. To highlight the threat of these invasives, the week of July 10 – July 16, 2016 has been named New York’s third annual Invasive Species Awareness Week (ISAW). 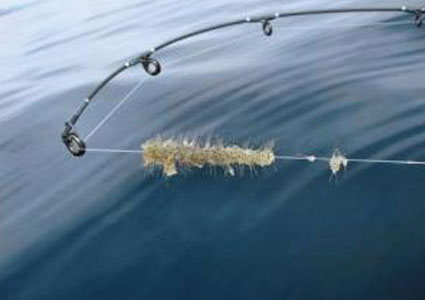 Photo Credit: Lake George Association, courtesy of Jeff Gunderson of Minnesota Sea Grant
Invasive species are organisms that originated in one part of the world but were transported to another region. Once they enter this new habitat, they are able to reproduce quickly and take over native species because of the lack of natural predators and diseases.

In a DEC press release, New York State Department of Agriculture and Markets Commissioner Richard Ball said, “invasive species can have a costly impact on agriculture, the environment, and our economy.” The article also reports that invasive species cost the U.S. over $120 billion in yearly damages.

The purpose of New York’s statewide ISAW is to inform New York residents and visitors about their role in the ongoing fight. The DEC has highlighted some of the most important management practices:

To raise awareness, the Partnerships for Regional Invasive Species Management (PRISMs), iMap Invasives, Cornell Cooperative Extension, DEC, and other state and local partners are hosting activities throughout ISAW. These events have been designed to teach citizens about how to identify, map, survey, report, and manage different invasive species.

According to an article by the Hastings Tribune, there have been multiple spiny water flea sightings by anglers at Lake Champlain in June. Its presence could impact fisheries and the lake’s natural habitat if it spreads. To help prevent this, you can either dry out equipment the fleas are attached to or rinse them with 140 degree water.

Despite these threats, New York State has been successful in preventing the spread of invasives. A few months ago, Gov. Cuomo announced that all New York boaters must take “reasonable precautions.” Additionally, Adirondack Almanack has reported that 284 invasive species were intercepted from 8,450 trailered boats during the first month of the 2016 Adirondack Aquatic Invasive Species Prevention Program.

Although ISAW is nearly over, we can still make a difference in the fight against invasive species everyday!