With New York State’s regular hunting seasons underway, the Department of Environmental Conservation (DEC) is asking local hunters for help finding a man missing in the Adirondacks since November 2015. Hunter Thomas Messick went missing near Brant Lake last year, and the DEC would like any clues as to his whereabouts. 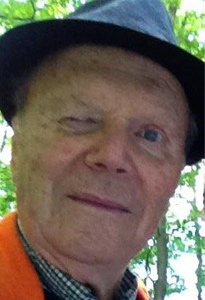 Photo provided
Thomas E. Messick, 82, was last seen on November 15, 2015 near Lily Pond Road and Brant Lake in the Town of Horicon. He was in the region for a hunting trip, but since that date, there has been no sign of Mr. Messick or his belongings.

According to the DEC, Mr. Messick was wearing a camouflage jacket, coveralls, and a red and black plaid hat. He is 5-foot-10 and weighs 160 pounds.

Despite a large-scale search effort by Forest Rangers, Environmental Conservation Officers, State Police, regional agencies and volunteers, there are still no clues about his location. However, Forest Rangers and the Messick family have continued to search for him under a limited continuous protocol.

Now that fall hunting is underway in New York State and the Adirondacks, the DEC would like to spread the word about Mr. Messick. Hunters have proven very helpful in past searches for missing or lost persons in the woods, especially because they hunt in more remote areas where people might accidentally wander into.

If you or anyone you know find evidence of Mr. Messick, you should contact the DEC Ray Brook Dispatch at 518-897-1300.