For Broadalbin, NY residents, the long wait is finally over – construction of a new town park is underway! However, you’ll find more than just picnic tables and benches at this park. Once complete, this large-scale park project is expected to include everything from recreational fields to a public pavilion. 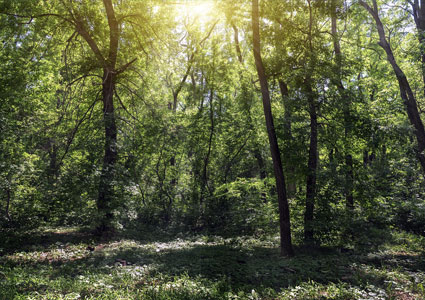 Located in the Southern Adirondacks near the Great Sacandaga Lake, Broadalbin has worked hard to construct this new town park over the past decade.

According to the Leader-Herald, the Broadalbin Youth Commission has raised $200,000 in project funding over the years, and the Town of Broadalbin has received a $500,000 grant from the NYS Office of Parks, Recreation & Historic Preservation.

The original plan for the town park was to build it on a 20-acre property on Route 29. This site turned out to be too problematic due to the cost of constructing the park near wetlands.

Instead, Broadalbin decided to sell the Route 29 site to Stewart’s Shops and purchase a piece of land on Union Mills Road near the Town Barn. This was a much more ideal location because the town would only have to deal with removing trees during construction.

The Leader-Herald has also noted that the park project is expected to cost around $1.3 million, so the town still has to borrow roughly $600,000 in funding. The Broadalbin Youth Commission will help to pay back the borrowed funds.

Nevertheless, this new town park is exciting news for the local Broadalbin community. The plan is for the park’s grand opening to take place in fall 2018.

There are a lot of major projects going on in the Adirondack Park. Check out these plans for a Saranac River Trail Greenway >>