Last week, Saratoga & North Creek Railway (SNCR) kicked off their plan to store old tank cars from other rail companies indefinitely in the Adirondacks. The first 28 cars were left on the railway’s privately-owned rail line in Minerva, NY, and although more are expected in the future, some groups strongly oppose the plan and believe it requires further review. 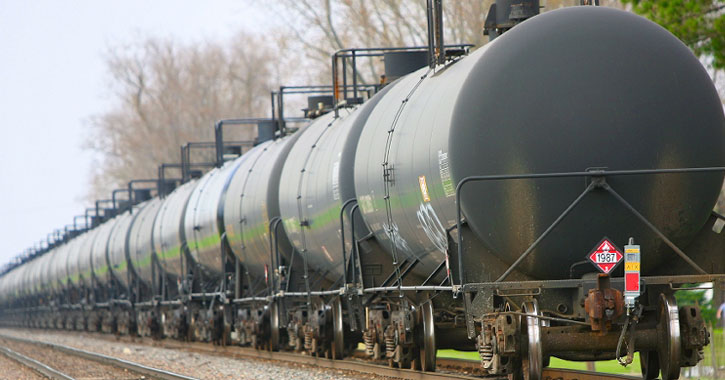 Iowa Pacific Holdings, the parent company of SNCR, is in charge of this tank car storage plan. Their aim is to store these train cars on rail sidings that they own in exchange for revenue from outside companies. This revenue would help support SNCR’s rail services in the Adirondacks.

While the location of these stored cars won’t impede the company’s ability to offer freight services through the region, there have been growing concerns over the potential environmental effects of the plan.

The First Line of Cars

According to an article by the Adirondack Almanack, the first wave of tank cars was transported to the Town of Minerva on October 17-18 and stored on a section of track along the Boreas River. In total, 28 tank cars were brought into the Adirondacks, and each one is about 58 feet in length.

SNCR hasn’t stated what the cars previously carried inside of them, but after they were stored last week, the NY State Department of Transportation (DOT) sent a state inspector to look them over.

In an article by the Post-Star, DOT spokeswoman Carol Breen said, “The certified inspector found the Saratoga & North Creek Railway to be in full compliance with federal requirements,” in other words, no violations were found.

There have been no announcements yet about when the next wave of train cars is expected to be transported and stored in the Adirondacks, but controversy over this topic continues to grow.

Some environmental groups, such as Protect the Adirondacks, have called on Governor Cuomo and local agencies to take action. In addition, Warren County supervisors and the Essex County Board of Supervisors have passed resolutions in opposition to the plan.

However, despite these concerns, SNCR has the legal right to store these cars on their rail line. The railway has stated that they would end their plan in exchange for reasonable compensation (in the seven figures), but that offer hasn’t been taken up.

How do you feel about SNCR moving forward with this storage plan?