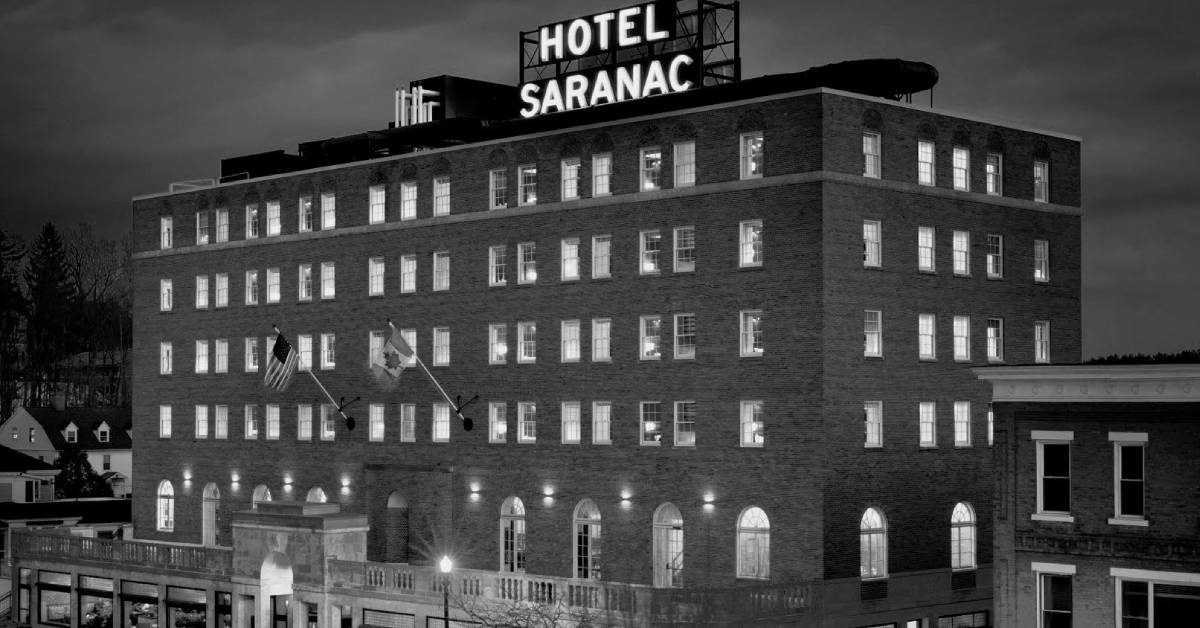 The High School Before the Hotel – And the Distinguished Superintendent

As an icon of the Saranac Lake region for over a century, it’s no great surprise that Hotel Saranac has been recognized as having spirits that linger. While many know of the hotel’s longtime presence in the Village, they may not realize the site used to belong to Saranac Lake’s High School.

Back in 1912, a man named Howard Littell came to take over as superintendent, and he remained a beloved administrator for nearly 35 years, moving with the high school when it changed locations in 1926; the hotel opened on that property in 1927. Littell was known for roaming the halls and keeping students in line – and he still does.

Even though the school’s whereabouts changed, Littell’s ghost reportedly stays at the original property at Hotel Saranac, where he can be seen wandering the halls and the basement. He wears a black suit with tails and a top hat. 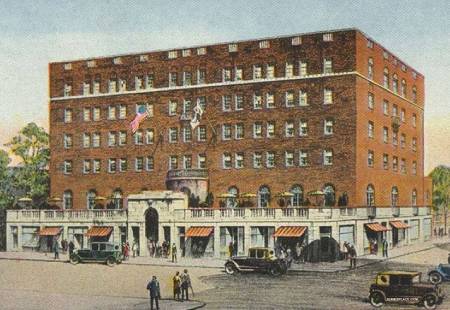 In addition to this nod to the paranormal activity at the hotel from Historic Hotels of America, the Press Republican published an article on Halloween of 2015 highlighting a paranormal investigation at Hotel Saranac. While the Tupper Lake-based Adirondack Park Paranormal Society could not confirm the presence of a distinguished looking former superintendent, they did report hearing crystal clear voices (including singing), seeing a shadow move toward a room followed by a door closing, and they observed spikes in electrical activity on their EVP recorders.

Indeed, Littell is not the only ghost that chose to stay behind at Hotel Saranac. Both Historic Hotels of America and the Press Republican relayed sightings of specters near a ballroom and the sound of a ghost cat scratching on the third floor, among other potential residents.

Ready to reserve a room at Hotel Saranac? Book a (haunted?) stay today >>