Hunting and trapping are important for managing herd populations around the state. The sale of licenses, equipment, accessories and guide services also brings tens of millions of dollars to state and local economies each year, according to the NYS DEC. 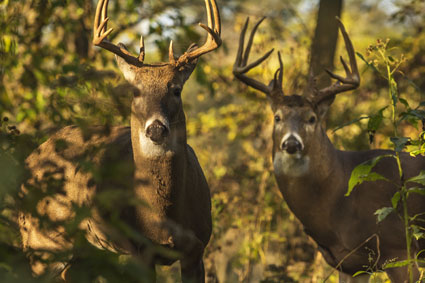 The application deadline for Deer Management Permits is TOMORROW! If you haven’t gotten your license yet, do it today!

Squirrel season opened on September 1, and cottontail rabbit opens on October 1. Coyote hunting opens across the entire state on October 1. Other furbearer (raccoon, fox, others) seasons open on October 25.

Duck hunting opens in the Northeastern Zone on October 3, and Canada goose season will reopen on October 24.

Please remember to report all deer, bears and turkeys taken during this fall season. This helps DEC determine herd populations, forecasts, and new regulations limiting or expanding bag limits and open seasons. You can do this online or by calling 1-866-426-3778 after harvest.

Good luck out there!