If you’re looking to hit the trails this weekend be sure to keep to the lower elevations! The DEC is warning hikers to stay off the higher elevations due to muddy conditions and the need to protect the trails. 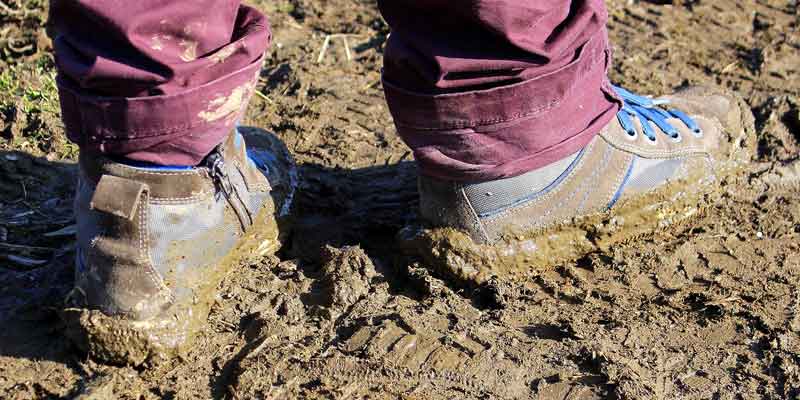 Hikers are currently being advised to only use trails on the lower elevations at this time. Trails above 2,500 feet have a mix of mud, ice, and snow, as the ice melts and frost leaves the ground, making them slippery and vulnerable to erosion by hikers. Please only hike the lower elevations at this time – they usually dry sooner after the snowmelt and are on less erosive soils than the higher peaks.

Stay on trails to protect vegetation and prevent further erosion. Walk through mud and water, not around it, and use microspikes to walk on hard-packed snow and ice.

Overnight users in the Eastern High Peaks must store all food, toiletries, and garbage in a bear resistant canister.

South Meadow Lane is closed to public motor vehicle traffic until the end of spring mud season. Vehicles may park at the barrier at the intersection with the Adirondack Loj Road but should not block the opening to ensure emergency vehicles may access the lane.

East River Trail (also known as the Opalescent River/Hanging Spear Falls Trail) can be used to access the Flowed Lands and Lake Colden. It is an additional 3.7 miles one way to reach the Flowed Lands using this route. The DEC will work to stabilize and repair the high water bridge sometime this spring. The second bridge on this trail to Allen Mountain and Hanging Spear Falls has been replaced. Please don’t bounce on the bridge.

Lake Arnold/Feldspar Brook Trail is flooded and the bog bridging cannot be crossed. Alternate routes using other trails in the area can be used instead. The DEC is working to find a permanent solution to this section of the trail in the near future.

Calkins Creek Horse Trail has two bridges out, making it impassable for horse drawn wagons and difficult for horses.

The high water bridge on Phelps Trail over Slide Mountain Brook between the Garden Trailhead Parking Area and Johns Brook Lodge broke in the spring of 2016. The remains were removed. Materials have been flown to the site and a new bridge will be built this year.

Whiteface Landing Trail has been rerouted to avoid private camps on Connery Pond. The new trail route starts at the small parking area just before the private gate. Please respect the private property and stay on the trail.

The first and second foot bridges on the Bradley Pond Trail are damaged and unusable. The stream can be forded/rock hopped on the downstream side of the bridge sites.

The lower gate on Gulf Brook Road near the Blue Ridge Road is closed and locked. Public motor vehicle use is prohibited until the end of spring mud season.

The five exterior parking lots along Blue Ridge Road and Elk Road will be plowed.

Fixed ropes, harnesses, and other equipment are often abandoned in the Trap Dike. Do not use any of these materials – they have been aged and weatherized and are unsafe.

Interim Access Plan for the Boreas Ponds Tract has been developed which identifies access and recreational opportunities including: five year-round parking areas and three seasonal parking areas, 3.2 miles of seasonal motor vehicle access on the Gulf Brook Road, 6.7 miles of roadway open to bicycling from Blue Ridge Road to the Boreas Ponds Dam, and approximately 25 miles of seven roadways open to horses and horse drawn wagons. The public is prohibited from trespassing in and around the leased hunting camps.

Attention hikers! Do you want to work in the High Peaks? The DEC is looking to fill four Student Conservation Association (SCA) Backcountry Steward internship positions in the High Peaks Wilderness. These are six-month positions.

Find events going on in the Adirondacks this weekend >>