Your Guide to the Adirondack Region
Enter Giveaways Advertise
Home  »  Hiking  »  The Weather Improves For Hiking in the Adirondacks This Weekend: July 21 – 23

After a couple of weeks of thunderstorms in the Adirondack Region we are actually looking at some pretty good weather this weekend – high 70s to low 80s, with mostly cloudy or partly cloudy, which means it won’t be brutally hot either. Although the trails have dried up from the recent rains, you can still expect to encounter some muddy trails in certain areas. 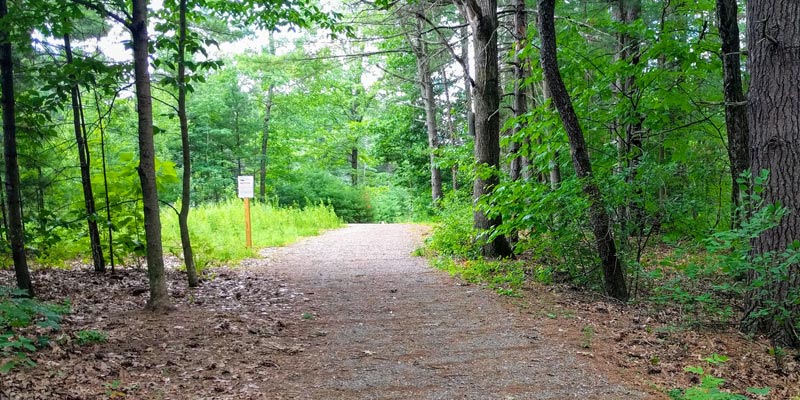 Remember that temperatures will be colder and winds stronger at the summits.

While trails were wet and muddy last weekend, they have dried up quite a bit. However, still expect to encounter water and mud in certain locations, particularly in low spots and along waterways. Remember to walk through the mud and water, not around it, to prevent further erosion of trails. Some steep sections of trails may have experienced significant erosion due to recent heavy rains – rocks, gravel, and dirt in these areas might be unstable.

Water levels are currently above average for this time of year. Water crossings should be passable but you might need to get your feet wet.

Thunderstorms are not currently predicted for this weekend in the Adirondack Region, but of course weather forecasts can and do change. If you encounter a thunderstorm rolling in avoid summits, water surfaces, and other open areas. Move to lower elevations, head to shore, or otherwise seek shelter. If you can’t get to shelter, find a low spot away from tall trees – find an area of shorter trees and crouch down away from the tree trunks.

Bear resistant canisters are required for overnight users in the Eastern High Peaks Wilderness, although recommended throughout the Adirondacks.

Learn what to do if you encounter a black bear >>

The bugs are out! Mosquitoes, deer flies, and biting midges (no-see-ums) are present throughout the Adirondacks. Follow these steps to ensure a comfortable hiking experience among our insect friends:

Read about how to deal with black flies >>

All rock climbing routes are now open. Previously, the Upper and Lower Washbowl Cliffs were closed to allow peregrine falcons to nest.

Avalanche Lake Trail will be closed from August 15th through the 25th. The DEC and Student Conservation Association Adirondack Programs are replacing the “Hitch-up Matildas” – the bridging on the cliff face against the lake. Access through Avalanche Pass to the head of the lake and from Lake Colden to the outlet will be possible, but through the passage will be inaccessible. Plan alternate routes between Avalanche Camp and Lake Colden during this period. Also, the trail between Feldspar and Lake Arnold has some flooded sections, which do worsen during and after rains.

The trail across private lands to the summit of Owls Head is currently closed to public access and use on the weekends.

Some sections of the trail between the Feldspar lean-to and Lake Arnold are underwater and impassable. Instead of taking the Lake Arnold/Feldspar Brook Trail, alternate routes are advised.

The Blueberry Horse Trail between the Calkins Creek Horse Trail and Ward Brook Horse Trail in the western High Peaks contains extensive blowdown, is grown in with vegetation, and is also poorly marked. The trail is impassable to horses, making it impossible to complete the Cold River Horse Trail Loop. The DEC has worked to open up about 75% of the trail, and work on this trail is continuing.

The bridge over Ouluska Brook on the Northville-Placid Trail has collapsed into the brook. If the water is low, crossing the brook is still possible. The Northville-Placid Trail has been rerouted around a beaver pond south of Plumley’s Point on the shores of Long Lake. The reroute passes the beaver pond higher up the slope and eliminates having to cross the beaver dam and the wet feet obtained when the water levels were high. Follow the blue NPT trail markers.

The Interim Access Plan for the Boreas Ponds Tract has been developed, which identifies access and recreational opportunities including: five year-round parking areas and three seasonal parking areas, 3.2 miles of seasonal motor vehicle access on the Gulf Brook Road, 6.7 miles of roadway open to bicycling from Blue Ridge Road to the Boreas Ponds Dam, and approximately 25 miles of seven roadways open to horses and horse-drawn wagons. The public is prohibited from trespassing in and around the leased hunting camps.

Check out the Adirondacks Hiking Guide >>