Your Guide to the Adirondack Region
Enter Giveaways Advertise
Home  »  Winter Sports  »  A Winter Destination Like No Other: New York Recognized as Country’s Most Underrated State for Skiing & Riding

If you love the outdoors, then the best way to spend a snowy winter day is by strapping on a pair of skis or snowboard and riding down a mountain trail. Although Colorado, Utah, and Vermont are all popular winter destinations, consider a trip to New York instead, recognized as the #1 Most Underrated State For Skiing and Riding by Unofficial Networks. 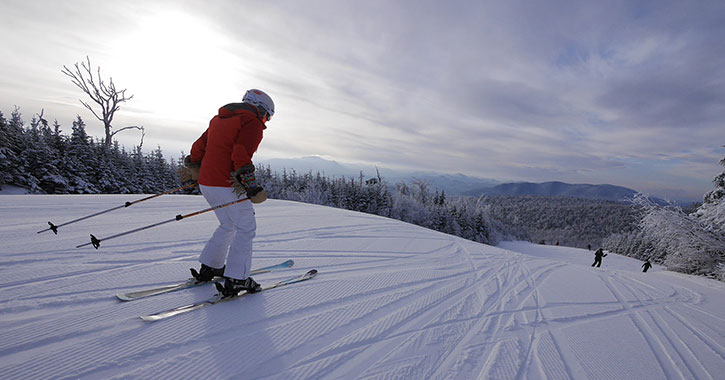 Here’s Why You Should Hit the Slopes in NY State

Everyone who has hit the slopes in the Adirondacks and New York State knows how great the region is for skiing and snowboarding during winter. With plentiful snowfall and a wide range of ski areas for all skill levels, there’s a reason Unofficial Networks named New York their #1 Most Underrated State For Skiing and Riding.

Unofficial Networks is an outdoor adventure website that specializes in news and major updates in the ski and snowboard industry. In a September 2018 article, the website highlighted New York as a place that “offers robust ski options” but “is hardly ever mentioned” alongside other top ski states.

New York does have a history of being a winter sports destination. Lake Placid, NY has hosted two Winter Olympics Games in the past, one in 1932 and one in 1980. However, for Unofficial Networks, one of the biggest reasons the state deserves recognition is because it has more ski areas than any other in the country (43).

From groomed trail networks at resorts to backcountry trails, you’ll find no shortage of places to ski or snowboard when winter arrives in the region.

Plan an Outdoor Winter Adventure to the Adirondacks

Want to experience skiing and snowboarding in New York this winter? Start with a trip to the Adirondack Park.

In New York’s North Country, the ADK features multiple ski resorts, such as Gore Mountain in North Creek, Whiteface Mountain in Wilmington (near the Olympic Village of Lake Placid), McCauley Mountain in Old Forge, and many other community ski centers. Choose your destination, and see what makes skiing and snowboarding in New York special!

Learn more about skiing in the Adirondacks >>

Find lodging for your Adirondack getaway >>