It should be a nice weekend for hiking – maybe Saturday over Sunday! Stick to lower trails at this time, and see what else you need to know below. 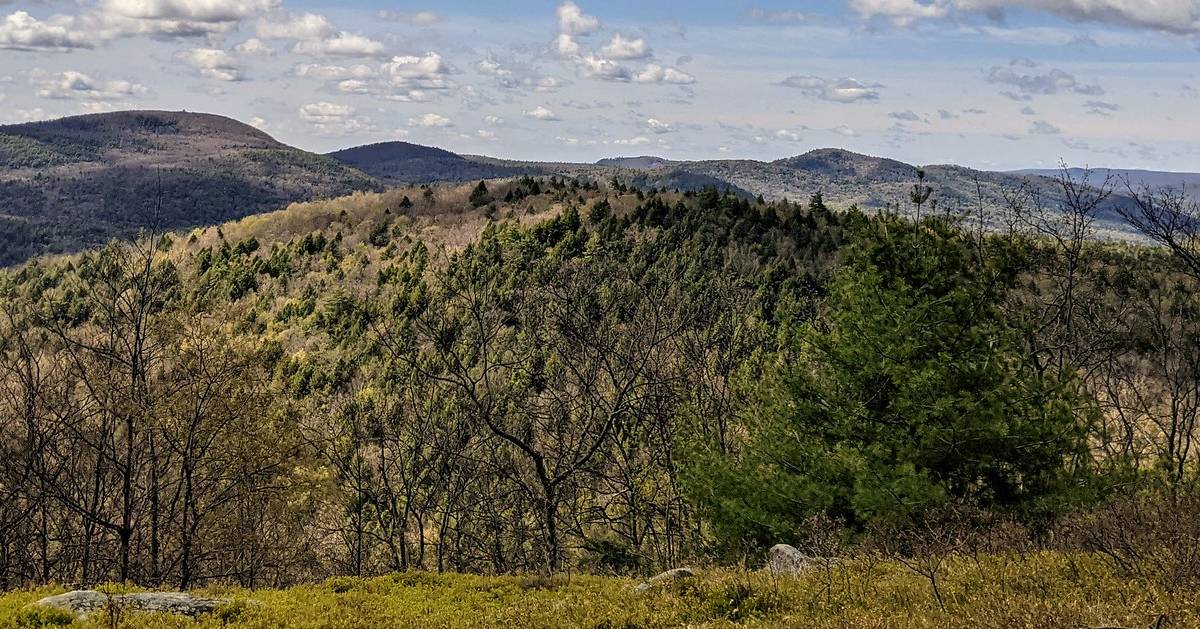 Take a Look at the Weather

As you can see, hikers will likely want to get outdoors today or Saturday. There are still variable conditions in the Adirondacks, with warm conditions at base elevations and freezing temperatures, snow, and ice at higher elevations.

Be prepared for all conditions with appropriate gear and extra clothing. Change out of wet clothes to prevent hypothermia. Temperatures will fluctuate throughout the day and at different elevations.

Check the weather again for your destination before you head out:

The current fire danger is moderate, up from low last week. Keep an eye on the fire danger map and stay safe with campfires.

Stick to Lower Elevation Trails & Be Safe at Water Crossings

The Muddy Trails Advisory is still in effect, which means the DEC is asking us to stick to lower elevation hikes at this time – that means 2,500 feet and under. Pictured above is one of two overlooks on Berry Pond Trail in Lake George/Lake Luzerne that has a 1,499-foot elevation gain. You can still get great views, even from lower elevation hikes!

Water levels are at or are below average for this time of year, and the water is extremely cold. Falling in can lead to immediate hypothermia. PDF (personal flotation devices) are highly recommended by the DEC to be worn by all anglers, boaters, and paddlers.

Use caution at crossings or on trails along fast-flowing brooks and rivers. When there isn’t a bridge, don’t attempt to cross if the water is flowing high and fast. (In general, always be prepared to turn back around if you need to, whether it’s in impassable stream, weather conditions, darkness approaching, etc.).

Ticks are out! Wear light-colored clothing with a tight weave to spot ticks easily. Wear enclosed shoes, long pants, and a long-sleeved shirt. Tuck pant legs into socks or boots and shirt into pants. Check clothes and any exposed skin frequently for ticks while outdoors. Bring insect repellent with you. Stay on the trails and walk in the center; avoid dense, bushy areas.

Bear canisters are required by overnight users in the Eastern High Peaks Wilderness through November 30 and are recommended everywhere in the Park. Use your bear canister to store all food, food garbage, toiletries, and other items with a scent. Store the canister at least 100 feet away from the tent or lean-to and the cooking sites, and keep closed when it’s not being accessed.

Many Rock Climbing Routes are Closed

The DEC closes certain rock climbing routes at this time of year to protect nesting peregrine falcons. Closed routes will reopen after the young have fledged.

Through the end of spring mud season, many of the seasonal access roads that have been closed since winter will remain closed. Some have recently been opened (see Trail Notices below).

Save This Number to Your Phone

Brush up on the principles of Leave No Trace >>