Taking Mom out for a hike this weekend, or just looking to get outdoors in general? Read up on the weather, trail notices, and more for this weekend and stay safe (and dry!) out there. 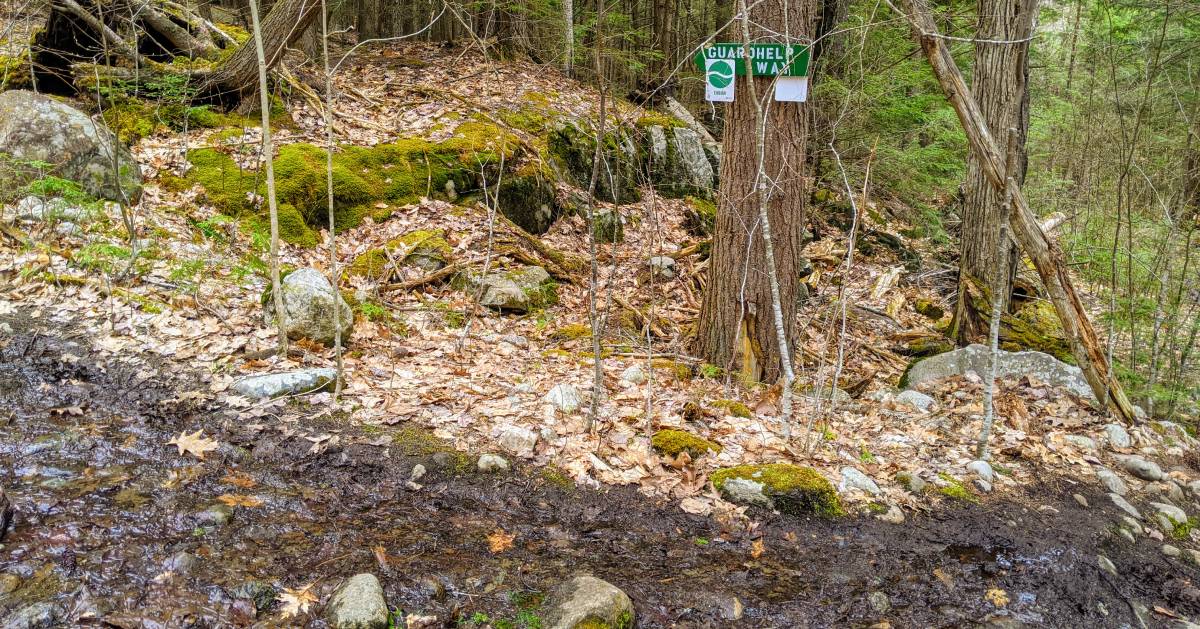 As we can see the weather isn’t as favorable as we might like, but it’s definitely warming up out there! Continue to prepare for variable conditions, knowing that warm, wet weather at the trailhead will give way to freezing temperatures, deep snow, and thick ice at higher elevations.

Make sure to check the weather again for your destination before you head out:

The Muddy Trail Advisory is still in effect. Please postpone any hikes above 2,500 feet elevation until higher elevation trails have dried and hardened. Snow and ice melting on high elevations with steep trails can pose a danger due to thick ice and deep, rotten snow.

Streams and rivers are open and many are running high. Use caution at all crossings and on trails along fast-flowing brooks and rivers. Do not attempt to cross a bridgeless stream during periods of high, fast-moving water. The stream water is very cold and individuals can get hypothermia immediately upon falling in.

DEC’s Adopt-a-Trailhead Program (AAT) offers an opportunity for the public to participate in State-led efforts to care for State lands and to educate fellow visitors on the value of responsible recreation. AAT volunteers will boost ongoing efforts to eliminate litter problems and educate trail users about hiker preparedness.

If you’d like to see less trash on trails and are interested in volunteering with this program you can learn more here.

Bear-resistant canisters are required by overnight users in the Eastern High Peaks Wilderness between April 1 and November 30; they’re recommended everywhere in the Park’s backcountry. Bear canisters should be used to store all food, food garbage, toiletries, and other items with a scent. Canisters should be stored at least 100 feet from tents, lean-tos, and cooking sites, and kept closed whenever they’re not being accessed.

The fire danger rating is currently low for all the state. Check the map daily for updates, and remember that brush burning is prohibited until May 14.

Many Rock Climbing Routes are Closed

The DEC closes certain rock climbing routes at this time of year to protect nesting peregrine falcons. Closed routes will reopen after the young have fledged.

The DEC announced lower than usual water levels may be observed at the lower Bog River (Lower Lows) dam on the downstream side of Hitchens Pond in Piercefield. They are lowering the water to assess a leak.

The gate on the lower dam road is currently closed for mud season. The DEC anticipates that after the water is lowered kayakers, canoers, and other paddlers will be able to head up from the dam through Hitchens Pond, although the channel will be narrower, and more obstructions will be visible.

Through the end of spring mud season, many of the seasonal access roads that have been closed since winter will remain closed. Some have recently been opened (see Trail Notices below).

Save This Number to Your Phone

Tooley Pond Conservation Easement: The Allen Pond Road Gate and the Main Haul Road Gate are now open for the season. The landowner of the Tooley Pond Tract is conducting a timber harvest, and logging equipment is crossing Spruce Mountain Road, which is sued to access the South Brand of the Grass River. The trail is signed as closed until further notice.

Brush up on the principles of Leave No Trace >>

Browse kid-friendly attractions in the ADK >>