Dancehall: A Movie To Film Locally 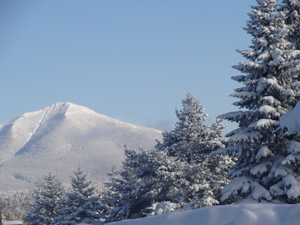 Lake Placid NY- Keep your eye out for camera crews and movie stars in the area! Dancehall, a star-packed movie, is set to film scenes in and around Lake Placid, Albany and even Lake George. The movie will feature upstate New York as the background for a thrilling mystery movie.

The movie was inspired by the true story of Mabel Douglas, a woman who had gone on a rowing trip and never returned. Thirty years later, her body was discovered by a group of divers, preserved by the cold waters. At the time of her death all searches were un-successful. The case was ruled as an accident which caused suspicion and inspired two books, and now a movie.

Among actors in the movie you can expect Stephen Lang, Avatar, Ellen Burstyn, The Exorcist, Clare Foley, and Chris Riggi, from Gossip Girl. It is rumored that delays in filming were caused by attempts to get Josh Hartnett on board for the film as well.

Once the casting issues are resolved, they will resume filming in the Lake George, Albany, and Lake Placid areas. So keep an eye out for cameras in your town. Dancehall is scheduled to hit theaters sometime in 2011.