From Vancouver to Lake Placid NY! 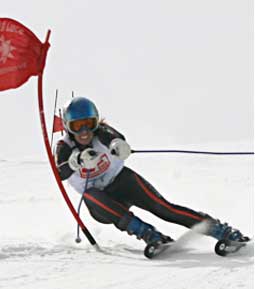 Just one month after the conclusion of the Olympic Winter Games in Vancouver, top skiers from the U.S. will head to Lake Placid, NY March 20-23 to compete in the 2010 U.S. Alpine National Championships. U.S. skiers who competed in the Winter Olympics won't be getting a break from tough competition, as many of them will be racing for the national title in this competition. The U.S. Ski and Snowboard Association and Olympic Regional Development Authority announced Whiteface to be the host of the championship.

Big names from the U.S. Ski Team such as Ted Ligety, Julia Mancuso, Steven Nyman, Andrew Weibrecht and Lindsey Vonn will be competing in slalom, giant slalom and super G. In addition to the top racers, up-and-coming athletes will go out to try and make a name for themselves.

For more information on Whiteface Mountain and the U.S. Alpine Championships call (518) 946-2223.