Help create a documentary and send Annie In The Water across the country to help outdoor tourism.

Annie In The Water is a local band from the Northeast who are raising money for their documentary “Powder Highway” and to tour across the United States this December in their Chevy Cobalt SUV. Both endeavors sprouted from Annie In The Water’s passion for educating people about outdoor destinations around the country to inspire people to get outdoors more, improve the way we interact with our environment and become more conscious about our effect on the planet.

Footage for the documentary, which has taken over a year so far, comes from mountain ranges and national parks all over the Northeast, particularly the Adirondacks. The tour to the West is in hopes of connecting the cause and bringing the documentary to the places that can benefit from the video, especially National Parks, ski communities and outdoor tourism industries nationwide. 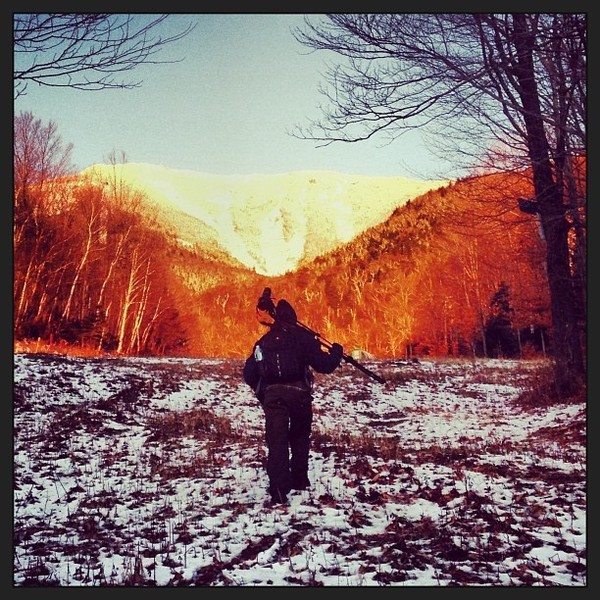 “We will film at each destination and interview people who will share information that can facilitate and promote greater environmental awareness and encourage more interaction with the outdoors across the nation,” says band manager and producer and outdoor-lover Michael Lashomb, who plans to feature specific state parks and recreational outlets on tour to promote beautiful parts of the country that people may be missing.

The band members have a special love for the Albany and Adirondack area; all three are based out of Albany but spend tons of time traveling around Adirondack Park (Lashomb went to high school in Watertown and Lucas Singleton was born and raised in Albany but spent summers in his family camp on Schroon Lake).

“We took something that is normally thought of as an indoor activity and took it completely outdoors,” explains Brad Hester, vocalist and guitarist, of recording live outside and on mountain tops.

The song “Powder Highway” was even recorded at the Adirondack Mountain Club Loj in Lake Placid, which had perfect acoustics for the guitars you hear in the background. You can hear the electric blasts from the top of Whiteface Mountain in Wilmington, and the vocals from the Dry Hill Lodge in Watertown (the first local show after the band’s return). The song and documentary aim to show off the beauty that Lashomb grew up with in the Northeast. 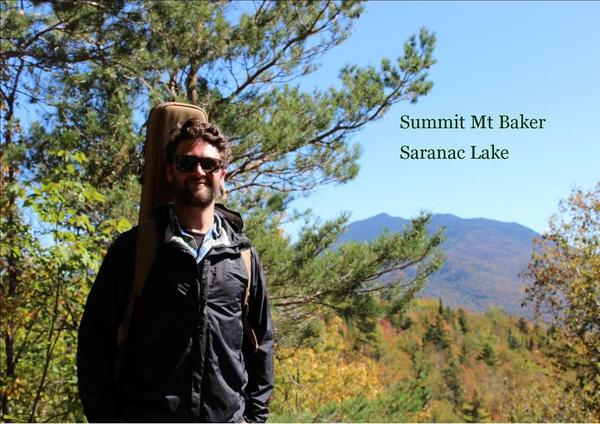 “We want to contribute to something that is bigger than ourselves, and we want to give you the opportunity to do the same,” Lashomb says about the fundraising project. What you receive is based on the amount of your contribution, and can include everything from your company’s logo in the opening credits of the documentary, to merchandise, to copies of “The Powder Highway Documentary” itself.

Donations are met with creative gifts that Annie In The Water has come up with to thank their supporters. The band will send recordings of their shows and videography of the original songs they plan to record out in the mountain ranges and parks along the way, they will write you a personalized song, and one lucky supporter will even receive the Lead Guitarist’s first guitar- signed by all of the band members and stamped with the Annie In The Water logo.

Organizations already involved in the project include Save the River, Adirondack Mountain Club and Whiteface Mountain, but the band hopes to meet more connections along the way and get even more people involved during their cross-country travels. After Annie In The Water produces the song and video, they are going to give rights for distribution to particular conservation groups as a donation.

The tour started in December in Lake Placid at Whiteface Mountain and will finish in Jackson Hole, WY, at the Town Square Tavern, with a planned stop at the Sports Authority Field at Mile High in Denver (they will be performing at the pre-game for the Broncos vs. San Diego on December 12), as well as stops in Cleveland, Chicago and Steamboat. During the tour, the band will finish their original song and documentary “Powder Highway” with footage from their fan-supported travels.

“If we can encourage 5 people to make positive changes and motivate them to get outside then we will be happy,” says Lashomb. “We are already very grateful for where our career has brought us, and we are excited to see where our journey will take us. And all along the way we will remember how our experiences in the Adirondack Mountains spurred us to action.”