Ski bums and snowboarders, rejoice! The ADKs are gaining some big recognition, once again. Business Insider Australia has named Whiteface Mountain as one of the 25 mountains that everyone should ski in their lifetime. That’s right – only 25 mountains named, and Whiteface made the cut! 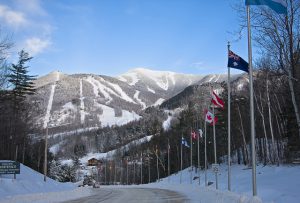 © ORDA-Dave Schmidt
Business Insider Australia released the 25 Mountains Everyone Should Ski In Their Lifetime this January, and the list is most impressive. Skiiers and snowboarders shredded some powder, all around the world, to determine the world’s best ski resorts. The article features mountains throughout the world, from Aspen, to California, to Argentina, to South Africa. What mountain also made the cut? Our very own Whiteface!

The article captures the essence of the ADKs perfectly, in our opinion:

“Admire 360-degree views of the Adirondacks, Vermont, and Canada from the summit of Whiteface Mountain, the fifth-highest mountain in New York State and the host of the 1980 winter Olympics.”

Something not mentioned in the article was the fact that Whiteface has the highest vertical drop in the eastern United States – of 3,430 feet! As a beloved mountain in the Adirondacks, it’s not only a hit during the ski season, but also an extremely popular destination for hikers.

Whether you’re skiing, snowboarding, or even hiking – Whiteface is a mountain that we (and others) suggest as one you’ve got to check off your bucket list. As Adirondack fans, we couldn’t be more proud to honor Whiteface as the stunning mountain that it is!

Ready to experience the mountain for yourself? Make your next ski trip to Whiteface Mountain in Wilmington, NY!

Skiiers and snowboarders – why do YOU love Whiteface? Tell us in the comments below!