Your Guide to the Adirondack Region
Enter Giveaways Advertise
Home  »  Attractions  »  Could the Legend of Bigfoot Give Whitehall an Economic Boost?

It’s been years since the mythical Sasquatch was reportedly sighted in Whitehall, but the financial benefits of Bigfoot are still being felt today. That’s right, people are actually flocking towards a beast you’d be best off running away from, but it’s setting local businesses up for a prosperous future. 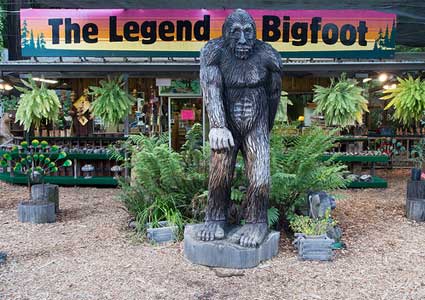 Photo Credit: Bigfoot store via photopin (license)
Whitehall is proud of its legendary heritage and is using it to draw Bigfoot aficionados to the region. The Times Union reported that last month, 200 people came to the Whitehall Athletic Club from all over the Northeast to “tell stories to a film crew from the Animal Planet show ‘Finding Bigfoot.'”

Other “sightings” in the area include last year’s Bigfoot Fest, Historic Grounds restaurant’s Bigfoot breakfast sandwich, a liquor store named for the beast, a Sasquatch carving along the canal, and Skeene Valley Golf Course’s logo. When people come to town for these events and attractions, they inevitably end up spending money at Whitehall shops, restaurants, and lodging venues, which benefits the local economy.

As The Times Union points out, Champ, the mythical lake monster, has worked wonders in drawing visitors to Lake Champlain, and Bigfoot could be doing the same for Whitehall! And if you’re interested in watching the Whitehall episode of “Finding Bigfoot,” you can look for it on Animal Planet later this year.