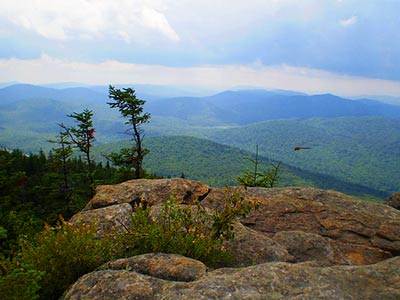 The State purchased the land for 4.2 million from The Nature Conservancy, who previously bought it from Finch Pruyn, a timber company, in 2007. The purchase is part of 69,000 acres of former Finch Pruyn lands that the Governor has vowed to protect for public access.

According to North Country Public Radio, Newcomb Town Supervisor George Canon stated this deal will “boost recreation and community-based economies in the region.” It sure will!

Paddlers and fishermen now will be able to explore 5.2 miles of the Hudson River and seven miles of the Opalescent River. Mike Carr of the Adirondack Nature Conservancy explained the junction of these two waterways to Newsday, “There are big sandbars and incredibly clear water. We paddled it a couple of times and it’s just spectacular.” There is also new access available to the High Peaks Wilderness area for hikers, as well.

The DEC has stated that the tract will be open immediately for paddling and fishing, with several access points to the Hudson available on Tahawus Road. There are also plans for future hiking trails to be developed. This new land may provide a shorter route to the summit of Allen Mountain, perhaps the most challenging to those aspiring to become an “Adirondack 46er.”

We can’t wait to venture out and explore the new areas of the Hudson and High Peaks!