Have you enjoyed a ride on this popular railway? Opened in July 2011 and offering scenic train rides year-round between Saratoga Springs and North Creek, the railway provides services to a diverse demographic. 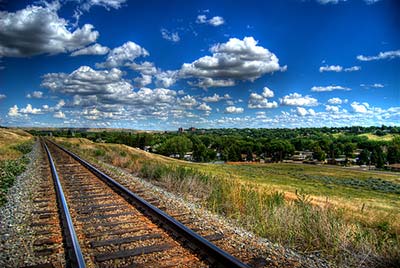 photo credit: Unrealized Terminus via photopin (license)
With seven station stops and a connection with the National Rail Network in Saratoga Springs, the train offers passenger service to Adirondack visitors and locals. The Railway’s vintage rail cars and kitchen-equipped dome cars take riders back to a day when traveling by train was in its heyday.

In the winter, the historic ‘Snow Train’ allow skiers to travel from the city to Gore Mountain via heated cars with equipment storage and on-board dining. Kids and families hop aboard The Polar Express train ride during the holidays, and spring, summer and fall, the railway offers a variety of special events in addition to scenic rides.

Despite the many offerings and the Railway’s broad appeal, the Saratoga & North Creek Railway is losing money – more than $1 million over the past four years, and is looking to negotiate new arrangements with the three counties the train travels through.

Ed Ellis, president of Iowa Pacific Holdings of Chicago, which owns the line, told The Daily Gazette, “The train itself makes a profit, but when you throw in all the costs like track rehabilitation and track maintenance, we are losing money.” And, while they haven’t yet hit the 70,000 to 90,000 rides per year, Ellis told the Gazette, “I think there’s some growth to come in the market.”

Because of this potential, the Railway has looked at a variety of solutions to help defray the cost of maintaining and rehabilitating the tracks the Railway runs on. A Corinth plan that would have brought in a new source of freight revenue fell through. They’ve rehabilitated tracks from North Creek to Tahawus that were long unused, hoping to develop a freight business there.

Now the Railway hopes Warren, Saratoga and Essex counties will come to the rescue. They’ve approached Warren County, offering to sell the track to Tahawus. Why should the county be interested? Warren County and Corinth currently receive a percentage of the Saratoga & North Creek Railway’s revenue. Passengers would be able to go north of North Creek, allowing for more opportunities for visitors and the First Wilderness Heritage Program to strengthen, as well. Also, there is a possibility for state economic development funding to aid in paying for the repairs.

Have you taken a ride on the Saratoga & North Creek Railway? If not, give it a try! It’s a relaxing way to travel through the Adirondack region and the views from the train are incredible! You can book brunch for Mother’s Day or Father’s Day, as well as enjoy several dinner train options scheduled in the coming months. Or, just take a ride to or from North Creek and explore all the area has to offer.