In 2013, voters approved an amendment to the state constitution allowing NYCO Minerals, a mining company, to evaluate the presence of wollastonite – a mineral used in plastics – on land that is part of the state-owned Adirondack Forest Preserve. The Associated Press has reported that the test-drilling is complete and Adirondack land may be changing hands in the near future. 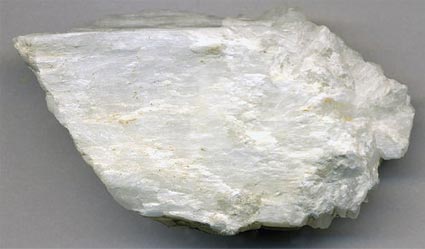 Photo Credit: Wollastonite via photopin (license)
The land that NYCO did its test drilling on is located in Lewis, NY and is next to an existing NYCO pit mine, which makes it desirable for the mining company to obtain if the quantity of wollastonite is found to be robust. The AP identified NYCO spokesman John Brodt as saying that three to six months of analysis on the test samples are still needed before the company knows for sure how much of the mineral is in the area. NYCO only completed 8 out of its 21 permitted drillings in order to obtain material for its evaluation.

Should the results show that the land has enough wollastonite to mine, NYCO will work “to swap at least 1,500 acres of prime recreational land elsewhere in the Adirondacks for the right to mine about 50 acres on a 200-acre, state-owned tract adjacent to its Lewis mine,” according to the AP. The land that NYCO is proposing to give to the state includes six parcels near the Jay and Hurricane wilderness areas.

If the land swap is successful and the wollastonite mining goes as planned, the land that is mined will be restored and returned to the state, the AP says.

It is expected that a project of this nature would attract the attention of environmentalist groups, and many were up in arms over the Department of Environmental Conservation’s granting of the test-mining permit in 2013. The Sierra Club, Adirondack Wild, Protect the Adirondacks, and Earthjustice, in particular, forced the test-drilling project to be delayed until December 2014 when the permit was upheld by the state Supreme Court. Other groups, like the Adirondack Council, are in support of the swap because of the land the state would be getting in exchange.

Any future swaps of land are dependent on the results of NYCO’s test samples, so stay tuned for more updates.