Even with today’s modern equipment and sophisticated maps, scaling all 46 High Peaks and joining the coveted Adirondack 46er club is no small feat. Now imagine how challenging it would’ve been back in the 1930s! In 1937, the 46er club expanded to include 9 people, and the only woman in that club at the time is now immortalized in one of the Peaks she scaled. 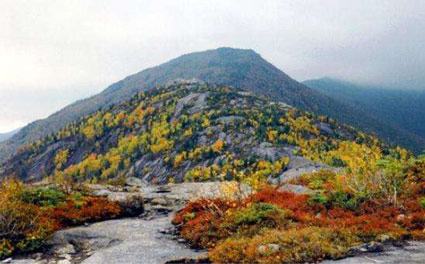 The 46ers announced last year that their petition to rename East Dix “Grace Peak” after Grace Hudowalski, the first woman to complete the challenge back in 1937, was approved by the United States Board of Geographic Names. The club and its supporters finally got the result they were seeking 12 years after beginning the renaming campaign. In a statement on the club’s website, 46ers President Sally Hoy said, “The naming of Grace Peak is a tribute, not only to the lives she touched, but to all of those angels who make a positive impact on our lives.”

Hudowalski’s love for the Adirondacks was infectious, and she served as the modern 46ers first president. She offered advice to those who wished to follow in her footsteps, and encouraged countless individuals to pursue an adventure in the Adirondacks as she had. Lake Placid News reports that “by the time she died in 2004, [Hudowalski] had written more than 60,000 responses” to those who reached out to her.

To celebrate Hudowalski and her namesake, the 46ers and the Town of North Hudson are sponsoring an official Grace Peak naming celebration tomorrow, June 20, from 11:30am – 6:00pm. It will feature demonstrations, food and drinks, live music, and children’s activities, and donations will be accepted to benefit the Town of North Hudson Fire Department and ADK Summit Steward Program. Join the celebration and honor the memory of an Adirondack hiking pioneer!