Last week, the Department of Environmental Conservation (DEC) announced that the fall turkey hunting season in New York State would be shortened to a length of two weeks. This announcement has come on the heels of growing concerns about the size and stability of the wild turkey population throughout the state. 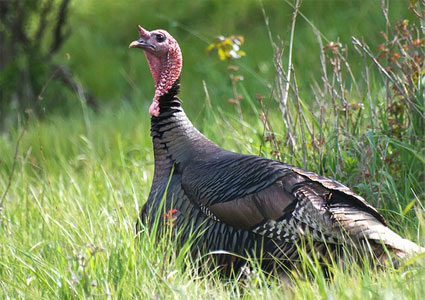 There is still a statewide season bag limit of one bird of either sex.

We’ve updated our hunting guide information to reflect this change, and hunters should note that the shortened season will be in effect this upcoming fall.

In a statement, DEC Commissioner Joe Martens discussed the concerns that led to this change. “Declining wild turkey populations across the state make it necessary to shorten the hunting season,” Martens said. “It is important to responsibly manage New York’s wild turkey populations to ensure that future generations of hunters have the opportunity to go afield.”

A multi-year study is currently underway to evaluate turkey populations and propose new measures, if needed. DEC staff will band and track hens this year and next in order to determine how the shortened season has impacted the number of wild turkeys.

Hunters, have you noticed a decline in the wild turkey population over the past 15 years? What do you think of the shortened season?