Your Guide to the Adirondack Region
Enter Giveaways Advertise
Home  »  Community  »  $20M And A Name Change For Paul Smith’s College?

A small, private college tucked away in the northern Adirondacks has recently become the center of a big debate. On one side are those who believe a name can be purchased, and on the other are those who find it priceless. 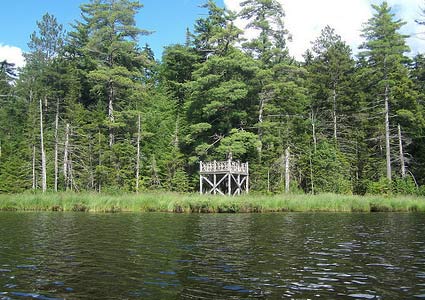 Photo Credit: Adirondack VIC Observation Deck via photopin (license)
Paul Smith’s College was originally named for Paul Smith, a 19th century hotel owner and wilderness guide who left behind money so a college could be opened in his name. Last week, the college announced its plan to brand itself with a new moniker: the Joan Weill-Paul Smith’s College. The change would come in return for a $20 million donation from Weill and her husband, Sanford, the former CEO of CitiGroup, according to Inside Higher Ed.

Although $20 million is a lot of money, especially for a rural educational institution that could use the extra funds, alumni, current students, and others with ties to the college are up in arms over the potential name change. They are against the idea that the entire college should be renamed, and would instead be in favor of renaming one of its schools or programs. Some pointed out on social media that the new name “is too long and would look terrible on a T-shirt,” according to Inside Higher Ed.

Others, including current faculty at the college, are in support of the donation that could help to reverse Paul Smith’s recent financial troubles, North Country Public Radio reports.

Paul Smith’s President Cathy Dove has noted that the decision to change the school’s name is final, but is still pending approval by the state court in Franklin County.

What do you think about the renaming of Paul Smith’s College? Are you in favor of the change or do you think that the original name should stay?