Your Guide to the Adirondack Region
Enter Giveaways Advertise
Home  »  Community  »  Trail Advocates are Winners in Rails vs. Trails Debate

In 2013, New York State released a proposal to remove a 34-mile section of railroad track between Lake Placid and Tupper Lake and establish a multi-use recreational trail in its place. Since then, a debate has been raging between trail advocates and railroad supporters over the desirability of the proposal.

Although all parties may not be in agreement, the Department of Environmental Conservation and Department of Transportation took a big step last week when they released their final proposal on the matter. 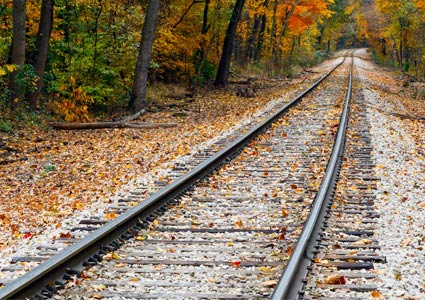 In this final proposal, the DEC and DOT announced that they are still in support of their original plan, and “will allow Adirondack Scenic Railroad to run its tourist trains for just one more season on the tracks between Lake Placid and Saranac Lake,” Adirondack Almanack reports. The Adirondack Park Agency still needs to approve the proposal, but a timeline for a decision has not been announced.

In addition to removing the 34-mile section of track, the proposal also calls for the rehabilitation of a 45-mile stretch of track north of Big Moose. When that project is complete, trains will be able to run from Utica to Tupper Lake.

What do you think about the apparent victory for trail advocates? Are you in support of the establishment of a trail or would you prefer for the rails to stay in place?