In November, the Adirondack Park Agency (APA) approved the Essex Chain Lakes Complex Unit Management Plan (UMP) that would expand recreational opportunities through areas of wild forest. Controversy over the approval has been boiling ever since, and led to three environmental advocacy groups filing a lawsuit against New York State last week. 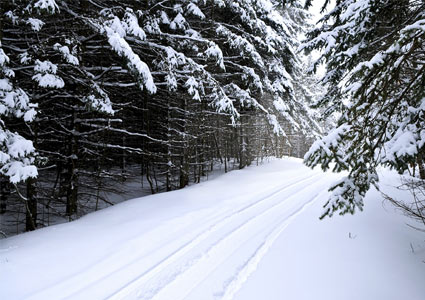 One of the primary points of controversy for Adirondack Wild, Protect the Adirondacks, and Earthjustice is the provision in the plan to build a new snowmobile bridge traversing the Cedar River and to re-purpose another that crosses the Hudson River.

According to the Press-Republican, “Environmentalists say both rivers are protected under the New York Wild, Scenic and Recreational Rivers System Act, which creates an envelope a half-mile wide around the river corridor.”

While the parcel of land in question was once privately owned, and therefore allowed motorized access and activities, it is now owned by the state. The ownership change should cause all prior activities to be legally disallowed, according to environmentalists. State officials argue that these activities can continue due to the pre-existing use, which could set a grandfathering precedent that would concern green groups.

Another element of the lawsuit challenges the creation of a snowmobile trail that would connect Minerva to Indian Lake. Environmentalists believe this would be an unnecessary duplication of existing trails that wasn’t thought out by planners.

The next steps will be determined by an Albany County Supreme Court judge, but Adirondack Wild co-founder Dave Gibson told the Press-Republican, “We are asking the court to annul the UMP and put it back into the hands of the agencies to write in a legal way.”