It seems like every year, Lake Placid receives recognition for its stunning beauty and abundant activities, and this year is no different. The quaint Adirondack village was recently named to CondÃ© Nast Traveler’s list of The Most Beautiful Towns in America! 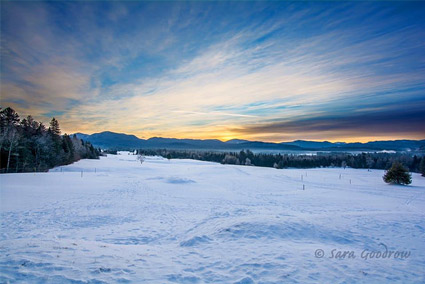 Photo: Sara Goodrow via Adirondack.net Facebook Page
Lake Placid was one of 17 towns to be recognized, and the feature emphasized its “combination of rolling mountains and the clear, spring-fed, 2,173-acre lake” as being particularly appealing. Also noted were three of Lake Placid’s hotels – Whiteface Lodge, Lake Placid Lodge, and Mirror Lake Inn Resort and Spa – which made CondÃ© Nast Traveler’s Reader’s Choice Awards list of the top resorts in the region.

If you’ve ever been to Lake Placid, we’re sure you agree that CondÃ© Nast Traveler was spot on in including the Adirondack village on its list of The Most Beautiful Towns in America!