This time next year, the Adirondack economy could be experiencing a significant boost, as it was enthusiastically announced earlier this month that Saranac Lake’s bid to host the 2017 Snowshoe World Championships has been accepted! 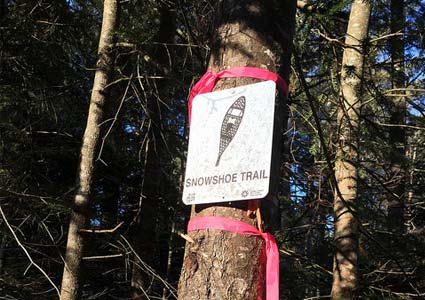 The event, which could draw upward of 500 participants from Canada, Germany, Japan, and beyond, will be held sometime next February, although an exact date has yet to be set. According to Adirondack Daily Enterprise, Saranac Lake beat out Syracuse to win the hosting duties.

5K and 10K races will start and finish at Berkeley Green, and some sections of the trail will be located along the Adirondack railroad corridor and at Mount Pisgah Recreation Center.

Quebec, Canada and Vezza d’Oglio, Italy served as the last two Snowshoe World Championship hosts. 2017 will be the first time the event will be held in the United States, the Press Republican reports.

“I think Saranac Lake should be very proud to host this event,” Mayor Clyde Rabideau told Adirondack Daily Enterprise via a long-distance phone call from this year’s championship in Italy. “Judging by all of the people [in Vezza d’Oglio] and all the excitement and all the festivities, I think it’s going to be a great thing for Saranac Lake and the Olympic region.”