Existing and emerging trails in the Adirondacks are being added to what will become the longest hiking trail in the entire country. 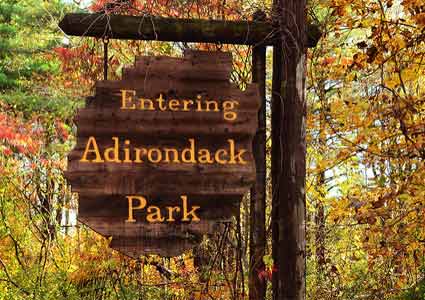 This awesome trail is one of only eight to earn the National Scenic Trail designation. Upon completion it will be the longest at 4,600 miles – and, it may be extended farther than that into Vermont, although that has not yet been approved.

By comparison, the Pacific Crest Trail, popularized by Cheryl Strayed’s memoir and movie Wild, is 2,650 miles. The Appalachian Trail, as featured in travel writer Bill Bryson’s A Walk in the Woods, is only 2,190 miles.

The DEC is estimating use of 81 miles of existing trail in the Adirondacks, with 39 miles of new trail to be constructed. The route running through Adirondack Park will cut across four conservation easements, five wild forests, and three wilderness areas, including the Moose River Plains Wild Forest, Siamese Ponds Wilderness, and Vanderwhacker Mountain Wild Forest.

Volunteers should begin marking the trail in the Adirondacks this year, with existing sections of trail displaying DEC and NCT markers. These important designations allow the North Country Trail Association to assist with maintenance.

The most recent report released by the Association states that 66,000 hours of volunteer work were logged on the entirety of the NCST in 2015; 16,200 hours went into the Adirondack part of the route. Volunteers mapped and scouted locations, completed bridge installations, repaired storm damage, and so much more.

This long-term project is finally making some serious headway. The approval of the Adirondacks addition is so exciting for so many, particularly those who collaborated on this massive undertaking.

“People who walk any part of the Adirondack route can expect to see many lakes, ponds, bogs, beaver ponds, streams, deciduous and coniferous forests, glacial erratic boulders, rocky cliffs, mountains, and spectacular views,” Mary Coffin told Lake Placid News. Coffin won an award last year for her crucial efforts heading up the inclusion of the Adirondack Park in the NCST.

“New York State’s Adirondack Park has long been viewed by the North Country Trail Community as one of the Trail’s crown jewels,” Bruce Matthews, Executive Director for the Association said in a statement.

Perhaps some experienced hiker will tackle this absolutely epic trail through the Adirondacks and beyond and write a memoir about it, like Strayed and Bryson. In any case, we’re sure to be seeing even more national coverage of the amazing Adirondacks in the near future.