Your Guide to the Adirondack Region
Enter Giveaways Advertise
Home  »  Fun stuff  »  Is A Casino In Tupper Lake’s Future?

Tupper Lake has been in the spotlight lately with the rails vs. trails and Big Tupper debates steering Adirondack politics for the last few years. The Big Tupper project will include 700 condos, a 60 room hotel, and updates to the golf course, marina, and ski mountain. Well, we bet you didn’t see this coming!

On the heels of New York’s recent approval of three casino licenses, comes a proposal to include plans for even more ways to entertain both tourists and locals in Tupper Lake: A full-service casino complete with table games, slot machines, and a sports book. 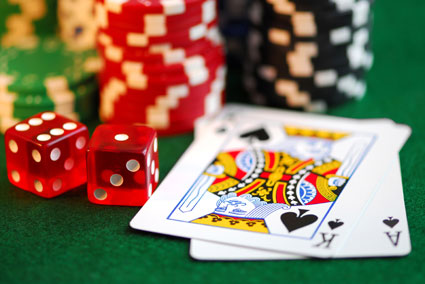 The development firm, Amazing Log Layouts In Nature (ALLIN), specializes in lodge-like post and beam structures, and plans to create an Adirondack-themed building reminiscent of a Great Camp. The president of the firm, Philip Ockets, expects some backlash from local residents, however, he states that “A casino in Tupper Lake will certainly bring millions of dollars to the Adirondack Park in licenses, taxes and fees that will help in developing and maintaining the rest of the wilderness, not to mention hundreds of jobs”.

For those of you wondering how a new casino could possibly be legal in the Adirondacks, it looks like ALLIN has found a loophole in one of the bylaws. While they are being somewhat vague on the details for now, they did say it is based on the recent approval of the Montreign casino, outside Monticello, in the Catskills.

Ockets stated he expects the process for approving the casino will move quickly now that the Big Tupper Project has been approved following a lengthy 11+ year legal battle with the state. “Gov. Coumo has been pushing to expand gambling for four years,” explained Ockets. “Between the Big Tupper approval and the casino licensing approvals in December, we expect development could start as early as April 2017.”

The tax money and jobs sounds like a great benefit to the community, but what could this mean for the future of the Adirondacks?

*This story was completely fabricated in celebration of April Fools. Got ya!