Your Guide to the Adirondack Region
Enter Giveaways Advertise
Home  »  Community  »  Are You Ready For Tick Season? It’s Ready For You.

It’s starting to seem like ticks just can’t lose! Last winter, the abundant snowfall helped to insulate deer ticks, and this most recent winter, the abnormally warm temperatures helped the tiny pests get off to an early start. 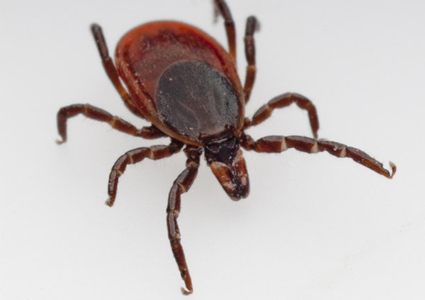 Experts have reported that the prime season for ticks – which usually begins in April – actually began in March this year, thanks to the hottest recorded winter in U.S. history. A dry spring would have been bad for the ticks, but the recent rainfall hasn’t made that scenario very realistic.

You may be aware that deer ticks – also called blacklegged ticks – are considered dangerous due to their ability to transmit a number of maladies, including Lyme disease. If left untreated, this bacterial infection can impact joints, skin, and the nervous and cardiovascular systems.

According to Science magazine, “Lyme disease cases have tripled in the United States over the last 2 decades, making it the most commonly reported vector-borne disease in the Northern Hemisphere. The disease now affects around 300,000 Americans each year.”

Whether you’re doing yard work, hiking, or just enjoying the warmer weather outside in the Adirondacks, it’s crucial that you protect yourself and your pets from ticks. Learn about precautionary measures you can take, and be sure to visit a doctor if you ever think you’ve been bitten by a tick.

Learn more about ticks and how to protect yourself >>