Many of us gaze into the woods and wonder if anything is staring back. Most of the time, it’s likely a tiny bird in a far off tree, but according to new reports, cougars still lurk within the Adirondack Park. 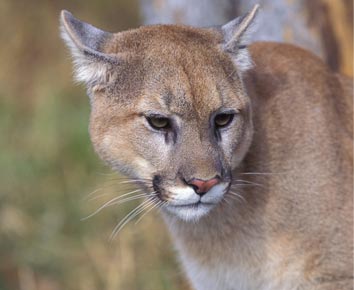 Cougars, also known as mountain lions or the “ghost cat,” are listed as an extinct species in New York by the U.S. Fish and Wildlife Service. However, this former top predator haunts the local region, and reports of cougar sightings continue to pop up.

Since the project began in 2014, only the most credible and detailed reports were kept. Protect the Adirondacks stated that from April 2013 to August 2014, 17 credible cougar sightings were reported. Over the two-year period, sightings ranged from Minerva, over to Queensbury, and all the way to Tupper Lake. The main issue with these reports is that only two sets of paw prints were recovered, so there is little evidence of a strong cougar population around here.

How do you know you’ve seen a cougar and not one of the other wild cats in the Adirondacks? Both the lynx and the bobcat are confused for the cougar because they are local felines. The difference lies in their physical characteristics:

1. The lynx and bobcat have a short or bobbed tail, and the cougar has a much longer one.

2. All three have a similar tan to gray coat coloring, but the bobcat and lynx are covered in black markings, such as spots or stripes.

3. Cougars are the larger of the three in both paw print size and body length.

If you think you’ve seen a cougar in the area, Cougar Watch has an online form on Protect the Adirondacks’ website. For a more thorough report, include the date, time, location, paw prints and measurements, and hair or scat samples. The Cougar Watch project will provide data as more reports come in.

The next time you think you’ve seen a ghost, it just might be a cougar!

For more information on cougars, check out our wildlife guide >>